Grandma-of-two, Mae Sharp, discovered a love of learning at the age of 50 after being made redundant from her long-term office job. Since then, her learning achievements include completing a crash course in Adult Education, gaining a Master’s degree in American Studies and completing a TEFL diploma. Now, at 74, Mae is a passionate advocate of adult education and is keen to remind others that it’s never too late to learn something new…

Mae, from Dundee, Scotland, was initially left reeling when she was made redundant from her full-time office role with an energy supplier in December 1995. Little did she know that this would be the catalyst for her journey into adult education! By January 1996, Mae began a new job as part-time Admin Officer at a local health centre, while looking into the different ways she could work on her personal and professional development in her spare time.

“I quickly realised that I should have returned to learning many years earlier because I enjoy it so much. But I was and still am, just grateful that I finally got the opportunity”

She explains, “I was 50 at the time and I got my redundancy money, as well as my workplace pension; because the company’s pension age had been lowered. Because of this, I was able to work part-time, and I decided that I wanted to get as much out of my spare time as possible. I enrolled on a few courses, just to see if I could do it and I began to get a real thirst for learning. I just kept wanting to learn more because I found it so fulfilling. When I left school, women typically wanted to have a job, get married and have a family and there was never much focus on further education, so I never really got the chance.

“During the first two years of my new job at the health centre I completed a course in medical terminology which was organised by my employer. But then outside of work, I completed two TEFL (Teaching English as a Foreign Language) courses at my local college; the first at certificate level and the second at diploma level. I also took night classes at Dundee University – just for fun. I quickly realised that I should have returned to learning many years earlier because I enjoy it so much! But I was and still am, just grateful that I finally got the opportunity.”

Wanting to make use of the skills that she had acquired through her TEFL diploma, in 1997, Mae did a crash course in Adult Education, whilst teaching a lady from Pakistan some basic English in her own home. She also completed some sessional work with Dundee City Council where she carried out an adult learning survey and helped organise an open day in a neighbourhood centre to promote adult education. As someone who had found joy herself in later life learning, Mae was keen to encourage those who wanted to return to education to give it a go.

Mae says, “When I was at the open day, I saw people who thought that they would never get the opportunity to return to education and I think that was the great thing – helping others to see that they could do it as well. People would ask me “can I do that?” and the answer would always be “yes of course you can”. I met some great people on that open day. A group of local ladies invited me to join in with their curry nights. I went along to one and they dressed me up in a beautiful sari that I never wanted to take off.”

Although Mae had begun inspiring others to return to education, her own journey with education was far from over. In 1998, age 52, she enrolled on a Twilight Access to University course in social sciences, which lasted a year. Mae explains that the course was a bit of an experiment because it was brand new – but herself and 10 others passed and were granted access to university.

She says, “When I was at the university taking my night class, I spotted a leaflet about the access course. I thought I’d give it a try, take it one step at a time and just see how I got on. I got through all the coursework, sat the exam and then passed! Before I knew it I was being told I could go to university, so I thought well, why not?

“I applied to do an MA honours course with the department of Arts & Social Sciences. I completed this on a full-time basis between 1999-2003, whilst still working part-time at the health centre. They were really flexible with my hours, so I was still able to attend lectures and tutorials. I was really busy because I was doing all of that and still looking after my two granddaughters sometimes as well! But in 2003, at the age of 57, I graduated from the University of Dundee, with an MA 2:1 Honours Degree in American Studies. It was a great personal achievement for me.” 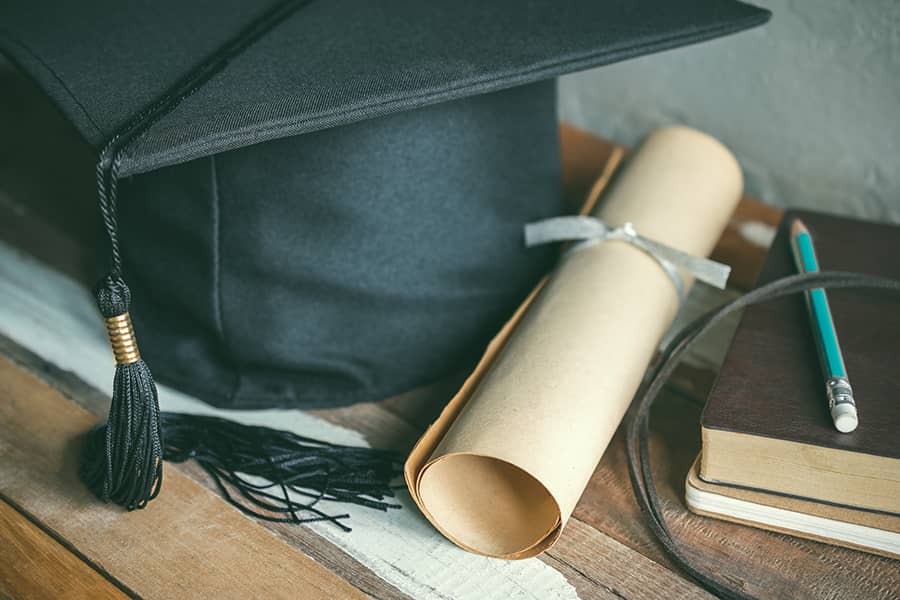 Seventeen years on, at the age of 74, Mae still works at her local health centre part-time. Whilst she has never pursued a career related to her qualifications, she discusses how education has made a difference to her everyday life, and to those around her:

“I went to uni for personal reasons, not to progress my career. I’ve worked at the health centre part-time for 24 years now and I love working there. For me learning and education helps you in everyday life, including at work. It’s just something that never goes to waste. My brain is alert all the time and at work people come to me all the time with queries that aren’t related to my job role, for example questions about tax, because I’ve got a good knowledge of politics.

Mae continues, “My son-in-law also became inspired once he saw me enrol in the university access course. His father ran a taxi business, so when he left school, he automatically worked as a taxi driver, but continued to read about history, politics and architecture in his spare time. One day he said to me “Do you think that I could manage the access course you’re doing?” I told him to go for it, so he started the year after me and was a year behind me all the way through university. Because he had the taxi job he was able to work flexible hours and work at night. He achieved a BSc in Town and Regional Planning and got a job with the local council as a town and regional planner.”

“Nobody looked at me as though I was older. There was no age difference there, you were just all in together helping one another”

As much as Mae has enjoyed falling in love with learning again later in life, she also admits that she did go through an initial adjustment period, where she had to learn not only the course content, but also new styles of learning – for example, practical criticism – that seemed vastly different from her school days. However, with some perseverance, hard work and support from her course tutors and peers, it wasn’t long before Mae fell into the natural rhythm of things.

She says, “I bought study guides to help me, and I spent a lot of time in the library getting used to how to write essays and discuss an author’s intentions, and so on. I also had a dictaphone which went with my everywhere I went. I would dictate any useful information I came across and then sometimes I would listen to it whilst I went to sleep at night to help it stick in my mind.

“I also got on really well with my peers and tutors and found it helpful to be able to discuss the work with them during tutorials. I went to university with people from all different age groups, but once you were in lectures and in your tutorial groups, it didn’t matter what age you were because you were just all students together. Nobody looked at me as though I was older. There was no age difference there, you were just all in together helping one another.”

“Learning can lead on to other things; it gives you ideas and you get to meet new people” 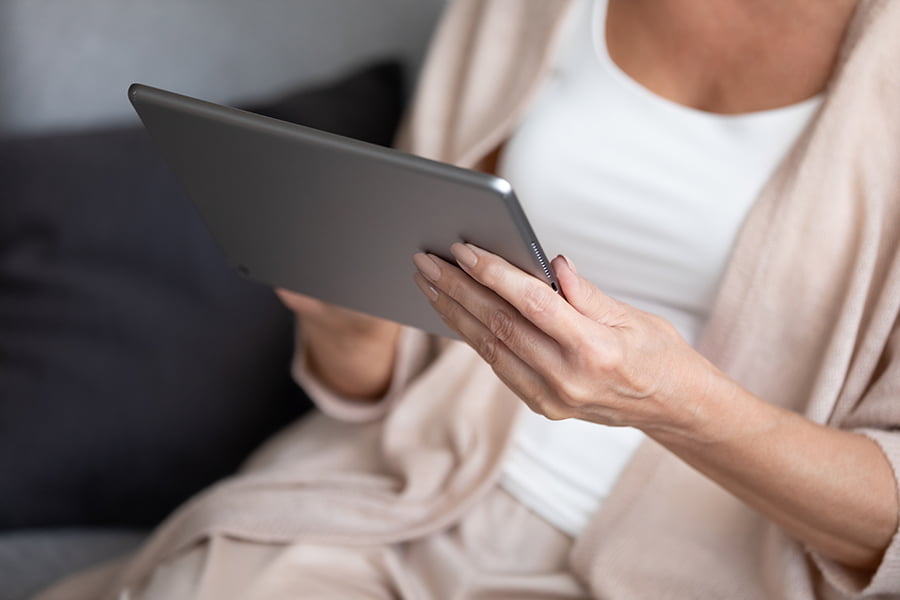 Since enrolling on that first TEFL course 24 years ago, Mae’s thirst for knowledge has never gone away. She is currently at home during the lockdown period and keeping busy in the ways that she can – one of which is to spend hours researching and reading – and is currently looking into taking some courses online.

She says, “I live alone and during this lockdown period, my iPad is really keeping me going because it’s a gateway to so much knowledge. It takes me ages to get through a book because I’m frequently stopping to look things up and read around topics. I do the same with films and TV programmes. There was an old black and white movie about the war the other day, so I went away and read the real story, which was fascinating.”

Mae says that she will always be on the lookout for opportunities to develop new skills both personally and professionally. She remains a strong believer of later life learning and would love to encourage people to explore their interests further and learn new things.

She says, “I hope that people over 50 can recognise how much there is that you can still learn. Learning can lead on to other things; it gives you ideas and you get to meet new people. I’ve had some wonderful experiences.You’ll probably find that once you start, you’ll never want to stop! I don’t think I will ever stop learning.”

Can you relate to Mae’s story? Or do you have a story of your own that you’d like to share? Email us at [email protected] or leave a comment below. 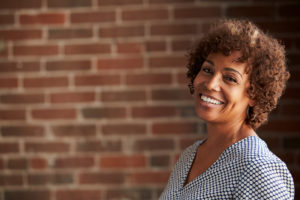 10 tips to stay positive during your job search 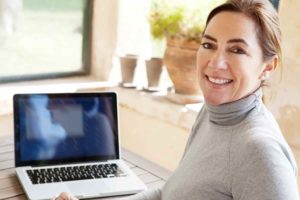 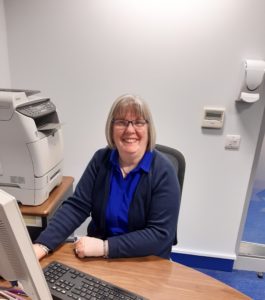 How Susan found a happy work-life balance, several months after being made redundant 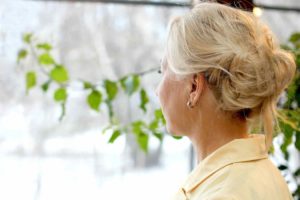