5 inspirational women over 60 and what they can teach us

Life after 60 doesn’t have to be slow or uneventful. Some choose to fill it with new experiences and meaningful action, while for others it can give them the opportunity to help those around them. Whether you’re nearing retirement or are already receiving your pension, there’s so much you can do to ensure the new life stage you are entering is a golden one. The first and most important step is to ‘believe in more’ and focus on what you can do. If you think 60 is old, it’s time to think again.

Do you think Yoga is hard? Just watch this 100-year-old yoga master in action. Or watch her walk down the street in her colourful dresses and high-heeled shoes, and you’ll wonder what magical secret she has discovered that the rest of the world doesn’t know.

But there’s no secret, only her youthful thinking and her healthy lifestyle that make her such an inspiring figure. Tao Porchon-Lynch embodies the Ageless Body concept, in the most simple and down-to-earth manner possible. To boot, she’s a vegetarian, drives her own Smart car, and does competitive dancing on the side.

The simple lesson – you can’t feel old if you don’t let yourself feel old.

If you happened to find Wendy’s lost purse on the street and returned it to her, you’d probably be amazed by the woman who opens the door. How can the date in the ID match what you’re seeing? Wendy Ida may be 64, but she has the physique of a 30-year-old.

But that’s hardly surprising when you think that she puts in hours at the gym every day. Ida started bodybuilding in her 40s. Since then, she’s won eight prestigious prizes and her weight dropped from 14 to 9 stones.

Her story is not just one of a remarkable body transformation, but a reminder that 60+ is as good a time as any for you to start getting into the best shape of your life.

Marie Dorothy Buder, or Sister Madonna as she is better known, is the oldest woman to have finished an Ironman Triathlon. A Catholic nun and Senior Olympian, she became interested in triathlons at the age of 52, and has taken part in over 400 triathlons worldwide since.

She cycles, runs, swims, and she even made it into a Nike ad for the Rio Olympics in 2016. In interviews, she reminds people that “you’re never too old to learn new tricks”. If Sister Madonna isn’t, neither are we.

Judi Dench, 83 – The Actress who Keeps the Oscar Nominations coming

60+ year old actors often settle for minor roles, but not Judi Dench. Although she was a successful actress throughout her career, it was after she turned 60 that she bloomed on the screen. What followed was a string of Oscar nominations that cemented her reputation as one of the most inspiring actresses of our time.

Dench has been vocal against the prejudices of the movie industry. “Age is a number,” she says, and “I’m tired of being told I’m too old to try something.” Dench is a great example of how to not let others’ prejudices get in the way of doing what comes naturally to you. When you really want to do something, then you can’t possibly be too old for it – it’s as simple as that.

Iris Apfel, 97 – Businesswoman and Fashion Icon who has her own Barbie Doll

When she’s not starring in commercials, Iris Apfel, 97, is simply herself, or better put, one of the most inspirational women over 60 in the US. During her long career as an interior designer, she renovated the White House repeatedly, and also found the time to travel the world, amassing in the process an eclectic wardrobe.

In 2015, when she was 84, The Metropolitan Museum of Art honoured her with an exhibition that transformed her into what she called a “geriatric starlet”. Today, she has her own version of the Barbie doll made in her honour and tops many lists featuring 60+ year old female celebrities.

But Iris Apfel teaches more than style and endurance. She teaches that when something excites you, whatever it is, you should go for it. Never mind your age.

In the end, what do all these inspirational women over 60 have in common? Whether they’re running marathons, doing yoga, or gathering Oscar nominations, they are not letting age get in the way. They are focussing on the things that they are really passionate about, and on what they can do, not what they can’t. It is this that keeps them young and an inspiration to all. 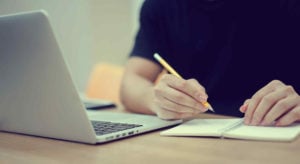 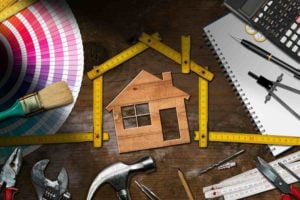 12 fun and creative projects that you can do at home 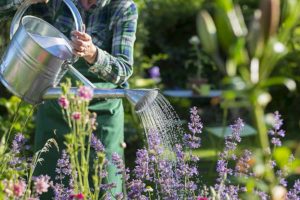 15 gardening to do’s this August 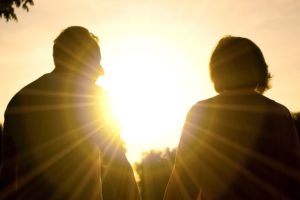 4 tips for dating during the current climate