When you go into your overdraft, you’re getting into debt. An overdraft should be for short-term borrowing or emergencies only. It’s important you manage an overdraft like any other debt to make sure the costs don’t spiral. This guide looks at how overdrafts work, how to cut costs and stop going over your limit, and how to avoid bank charges.

How does an overdraft work?

Fee-free basic bank accounts don’t offer overdrafts. They’re designed for people who have a poor credit record or don’t want to spend more than they’ve got. Find out more in our collection of guides, tips and handy links.

An overdraft will allow you to borrow money through your current account. Usually there’s a charge.

An overdraft is a debt. You’re using money that’s being loaned to you from your bank. If you need to borrow money, it’s important to find the cheapest way to borrow.

You can find out more on our page Do you need to borrow money?

Do you need an overdraft?

If you find yourself dipping into your overdraft frequently, you might want to use our Budget planner to take control of your money.

Overdrafts can be useful for some people. An arranged overdraft can help you avoid fees from bounced payments for bills that happen when your account doesn’t have enough money in it.

But overdrafts should only be an emergency fund or short-term credit option.

The Financial Conduct Authority (FCA) found that many people underestimate their overdraft use. If you’re using your overdraft more than you think, it might be costing you more than you realise.

An arranged or authorised overdraft is an overdraft that has been agreed with your bank. It allows you to borrow up to a pre-set overdraft limit.

You will normally be charged for using the overdraft, though how much you pay and how charges are worked out will vary from bank to bank and how much you are overdrawn.

A daily fee can be expensive, especially if you only go overdrawn by a small amount.

Some bank accounts that charge fees might offer you a limited interest-free overdraft as a benefit of having the account.

How to check the fees

It’s important you understand the costs of going overdrawn.

There are a few banks that advertise ‘interest-free overdrafts’, but these generally only apply to the first £100 to £300 of the overdraft or to overdrafts on student accounts.

Find out more in our guide to Current accounts.

If you don’t use the right account, overdrafts can be one of the most expensive ways to borrow in the long term.

Comparison websites can help you find a current account tailored to your needs.

If you have paid overdraft fees in the past, look for an account with lower or no fees.

Can I switch banks if I’m overdrawn?

Yes, you can switch using the Current Account Switch Service.

Read Switching bank accounts if you have an overdraft.

How can I switch my current account if it has an overdraft?

Make sure you’re getting a better deal before switching your account. Shop around using comparison tables to help find accounts with overdrafts and make sure you check and understand the charges and overdraft rules for each account.

Find out more on our switching your current account if you have an overdraft page.

Exceeding your arranged overdraft limit, or going into the red when the bank has not agreed an overdraft, is known as an unarranged or unauthorised overdraft.

This can be very expensive and should be avoided at all costs.

Current accounts now have a Monthly Maximum Charge (MMC) in place, which is the maximum amount you’d pay each month in fees, charges and interest on unarranged overdrafts. It doesn’t affect authorised overdrafts, and the amount varies depending on the bank or building society, and which current account you have.

Make sure you check what the MMC is with your current account so you know how much your overdraft is costing you.

How to avoid overdraft fees

According to the FCA, you are 24% less likely to suffer unarranged overdraft charges if you use a mobile banking app and text alert service.

Overdraft fees can quickly spiral, leaving you without enough money and forcing you to use your overdraft again.

If you do go into your overdraft, there are some steps you can take.

Tips for controlling your overdraft

If you think you’ll go over your limit, talk to your bank and ask for a higher limit or an extension. You might be charged a fee, but it’ll be cheaper than the charges from an unarranged overdraft.

It may seem obvious but keeping track of your account balance is one of the best ways to avoid incurring overdraft costs.

Making it easy to do is key:

Consider asking your bank for help

Speak to your bank to increase your overdraft – If you need to extend your overdraft and have a good reason and a plan to repay it, your bank is likely to be more sympathetic – as long as you let them know in advance.

Phone your bank first and ask for your limit to be temporarily increased.

Don’t leave it until the last minute – or worse – after you go into the red.

Ask your bank to waive the fee – if you slip up and end up with a fee, ask the bank if they’ll cancel it.

If your bank won’t waive your fees, read our guide on how to Take action to reduce your debt.

It’s easy to get in the habit of not opening letters from the bank and assuming they’re just routine correspondence.

Use savings if you have some

Find ways to live on a budget

Find some tricks and tactics for Living on a budget.

Switch to an overdraft-friendly bank account. Many banks offer interest-free, fee-free overdrafts from £100 to £300. You may even be able to switch to an account with a switching bonus which will help you to clear your overdraft.

Find out How to switch bank accounts.

Visit MoneySavingExpert for more tips and tricks on cutting the cost of overdrafts.

If you think you’ve been charged unfairly

If you’ve been charged fees you think are unfair, or if you’re really struggling to pay, you might be able to reclaim them.

Don’t go to a claims management firm – it’s easy and just as effective to do it yourself and you won’t have to pay someone else.

Beware – your bank overdraft could be taken away

One reason that an overdraft isn’t safe for long-term borrowing is that it’s not guaranteed.

The bank could withdraw it at any time and leave you without the cash you thought you had access to.

However, if your bank cancels your overdraft with no warning and you incur charges as a result, you might have grounds to complain.

If you complain to your bank and you aren’t satisfied with the outcome, you can take your complaint to the Financial Ombudsman Service.

Read more about complaining on the Financial Ombudsman Service website. 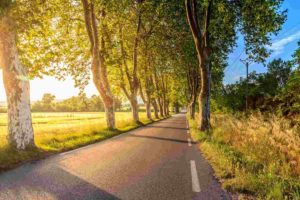 Eight ways to save on car and travel costs 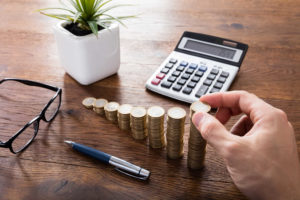 How to raise emergency cash 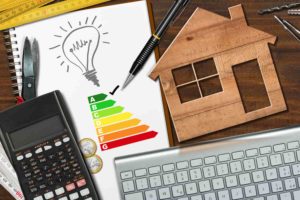