Funeral plans and funeral insurance are two different ways of paying for part of a funeral in advance. So, when you die, your family will have less financial responsibility. We explain them and alternatives you can consider. Funeral insurance policies are also known as ‘over 50s plans’. Here are some things to bear in mind if you’re thinking of taking one out.

Why use a funeral plan?

The cost of a funeral depends very much on the choices you make. They can be incredibly elaborate which would cost potentially thousands of pounds or minimalistic which would be a fraction of the cost.

On one end of the scale, you can pay for horses, fancy coffins, marble headstones – whatever you can imagine; while on the other, you could just have a direct cremation which costs about £1,712. You could even arrange the funeral yourself.

However you plan to do it, many people worry that when they die, they won’t leave enough money for their funeral, burdening their loved ones with the cost

With a funeral plan, you arrange and pay for it in advance, so your relatives don’t have to cover all the cost themselves.

You can arrange a funeral plan for your own funeral or for someone else’s, as long as the funeral will be held in the UK.

But a pre-paid funeral plan is not the only way to pay for a funeral. There are other options and ways to save on the cost of funerals.

Find out more about how much a funeral costs and how you can plan a good but affordable funeral.

Alternatives to a funeral plans and funeral insurance

· Put money into a savings account – but even this is not risk free as you may die before you build up enough to pay for a funeral.

· Paying from your estate –

· Death in service from an employer – Some employers provide a pay-out if you die whilst your still employed.

· Life insurance – using the lump sum payment to pay for a funeral. Payments generally take about one month according to the ABI. Further delays can be caused if the death needs investigating.

· If you’re a member of a trade union, professional body or other association, its possible they pay a benefit when a member dies, contact them directly to find out.

Get more information on who pays for the funeral and what happens if you can’t afford a funeral in our page on Help paying for a funeral.

How do they work

With a standard funeral plan, you pay for your funeral in advance, at today’s prices. You pay either a lump sum or instalments to the plan provider, or to a funeral director.

How do they work

Over-50s’ plans are insurance schemes, so once the money is paid in, you can’t get it back.

· Over-50s plans is that they require no medical underwriting, so poor health makes no difference to your pay-out.

· If you miss one payment and are not up to date with payments, there is no pay-out and you won’t get any cash back.

· The pay-out on some plans don’t increase with inflation, meaning that you could end up paying more in premiums than you can claim.

· Life insurance could pay out more than 40% more when you die than an over 50s plan according to Which?

How do funeral plans or funeral insurance work?

You pay either a lump sum or instalments to the plan provider, or to a funeral director.

Your money is either invested:

The aim of both methods is to safeguard your money until it’s needed, ensuring that it’s used to provide the funeral you have paid for.

What does a funeral plan cover?

Funeral plans usually don’t cover everything that is needed for a funeral.

What’s covered will vary from provider to provider, so you should check the details of any plan carefully before you buy it.

The cost of a burial plot is often not included, and neither are costs that are not usually met by the funeral director, such as the cost of flowers and catering.

Also, some providers will only pay a contribution towards cremation or burial costs, leaving your family to pick up the rest of the bill.

How secure is my money?

It does however stipulate rules for each method of investment, so sums paid by the customer are safeguarded and available to pay for the funeral when needed.

If you’re paying for your funeral bill upfront, you could consider paying for part of on your credit card.

When you pay with your credit card, you benefit from Section 75 of the Consumer Credit Act.

This means you can get extra protection if things go wrong with the funeral director.

You could also get this protection if you were to pay at least £100 of the funeral bill upfront, and then pay off the rest of the balance in monthly instalments.

Questions to ask the plan provider and your adviser

For more information about funeral plans, costs and help figuring out if you need one, visit the Which? website.

Funeral insurance or over 50s insurance

Another way to pay for your funeral in advance is to take out funeral insurance sometimes known as an ‘over 50s plan’.

This is an insurance policy that will pay out a fixed sum towards the cost of a funeral when you die.

You have to keep paying the monthly premiums until you die (or in some cases, until you turn 90) by which time you might well have paid in more in premiums than the fixed sum that will be paid out on your death.

Also, if you miss a single premium, the policy will not pay out. And because it’s an insurance policy, not an investment, you can’t get the money you have paid in back, and you might have to pay a fee if you want to cancel the policy.

It might be better to pay into a standard savings account to pay for your funeral instead of taking out funeral insurance.

Find out more about the risks of funeral insurance on the Money Saving Expert website.

If you take out a funeral plan or funeral insurance:

Alternatives to a funeral plan or funeral insurance

You can pay for your funeral in advance without taking out a funeral plan or funeral insurance policy.

It could be as simple as leaving money in a bank account and letting your solicitor and next of kin know that the money is set aside for your funeral.

Whoever is organising your funeral will also be able to claim back funeral expenses from your estate.

Using the links below, you can find more general information about funerals – for example, the different options available, choosing a funeral director, rights, choices and help with costs.

The sources of information differ depending on where you live: 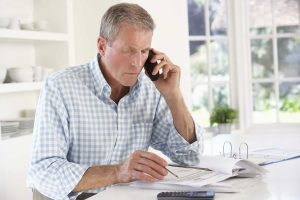 Sorting out an estate when someone dies without a will 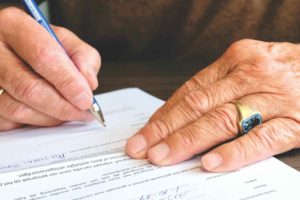 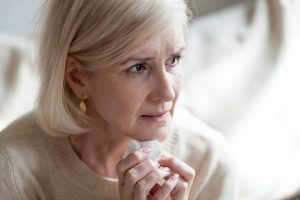