Mum-of-four, Glaucia Sayers, found a new reason to smile when she landed a job as a part-time nanny with Koru Kids, earlier this year. Sixty-year-old Glaucia, has always had a zest for life, but her appreciation for each day grew after she won her battle with breast cancer twelve years ago, and she continues to find “a reason to be happy every single day.”

Glaucia, who is of Brazillian heritage, is no stranger to change. She moved to England from Brazil 35 years ago, and has also lived in seven other countries including Venezuela, Trinidad and Tobago, Colombia and the USA, with her husband and children.

She explains, “My husband was working for an oil company which required him to relocate often, so we lived in nine countries all together. Initially, I was working as a Physiotherapist but I gave up my career to be a full-time mummy to my four beautiful children. Travelling and being a full-time mum was a great experience. My children are my treasure so having them around me all the time was just wonderful. I also got to explore different cultures and languages, and meet people from all over the world.”

“...I’ve been in remission for twelve years now. I’m so happy and lucky to be a survivor!”

In 2007, Glaucia was living in Abu Dhabi with her husband and two youngest children, when she found out she had breast cancer.

Reflecting on her experience, she says, “I had all my treatment for breast cancer in Abu Dhabi and I’ve been in remission for twelve years now. I’m so happy and lucky to be a survivor! At the time my two boys were little and I picked them up and took them to school but they never knew I was having treatment. I got through it by staying positive and active. I regularly went to the gym, played tennis and went swimming, and of course I had the support of my husband and children, which was important.”

Glaucia and her family returned home to England in 2010, when her husband retired. And with her children getting older, the mum-of-four found she had more time to focus on other passions, which have since developed into work opportunities.

She explains, “Four years ago, I completed a fashion course and started getting involved with fashion shows, events and exhibitions, which allowed me to travel to different countries. My focus is on sustainable fashion, so I collaborated with a Brazillian company that exports coloured organic cotton, to create a sustainable fashion collection.

“I also create my own crafts at home now – small gifts and ornaments – which I sell on my website. My two daughters often help me with that.”

“I don’t see it as a job because it’s so flexible and rewarding, and I just use all the natural instincts that I already have as a mother”

“I also started babysitting for my dentist’s two children as a favour. Then one day my daughter called me and said that she’d seen an advertisement for a part-time nanny position. I already had this experience of looking after my dentist’s children and my own, so I thought why not do it as a job? I applied and got invited to an interview and I’ve been a nanny since April this year.

“I don’t see it as a job because it’s so flexible and rewarding, and I just use all the natural instincts that I already have as a mother. I look after the children, I pick them up from school, I take them to after school activities and for me it’s a pleasure and I’m so happy. I currently look after two girls, five days a week, and around that I do my sewing. I’m currently doing a computer course as well, part-time. I’m very busy but I like it that way.

“Having spent so much time living abroad and travelling, I’ve also developed a real aptitude for languages which has really helped me with communicating with children and families who speak other languages. I can speak English, Spanish and Portugese fluently and I can understand a lot of French.”

“I like that I feel in control in this job, and that’s one of the reasons why I’m so keen to continue”

In her current role as a nanny, Glaucia has been made to feel nothing but welcome, which she says is largely consequent of the support she receives from Koru Kids – the London-based nanny agency that she works for.

She explains, “Koru Kids were so welcoming and I don’t feel like I am the odd one out because I’m older. I can engage with other nannies that are my age and I get so much support from the agency staff. Any time I call them with a concern or question, they answer quickly and I feel like they’re always there for me.

“We also did a one-day bootcamp when I first started where you get to meet other nannies, ask questions and undertake relevant training. You have a chance to choose the family and the area that you work for, and at the moment I only have to walk 12 minutes to the family house I’m working in. I like that I feel in control in this job, and that’s one of the reasons why I’m so keen to continue.”

Working on a part-time basis has also allowed Glaucia to continue exploring her other interests, whilst still finding time to exercise and spend time with her family.

She says, “I work 3-8pm in the evening so I still have time to do my computer course and my arts and crafts. I like that every day is different for me and that I have time to do all the things that I’m interested in. I’m used to doing many things at the same time and I don’t want to be at home sitting down – I want to be busy. I get to do a bit here and a bit there of all the things that I enjoy most. I like to feel that I’m healthy and staying active gives me that.”

Glaucia believes staying active and making the most of things is what keeps her going – even when life gets tough. She says, “I find a reason to be happy every single day. It’s so important to stay positive – even if you just try to do one little thing you enjoy each day. I find that it also helps to keep in touch with people that can pass on good energy ,and to speak to and share experiences with people my own age – because having that support can help you accomplish your goals.”

She continues, “In my experience, if you’re ever in doubt, try to be busy – find something to do. Get out of the house – go to a party! Find a reason to enjoy your life. For me, love is the most important thing in my life and it’s what keeps me going.”

Can you relate to Glaucia’s story? Or would you like to share a story of your own? We’d love to hear from you at [email protected]. 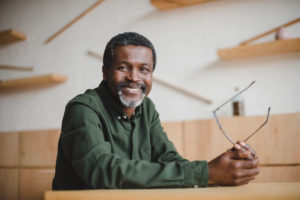 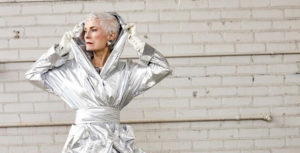 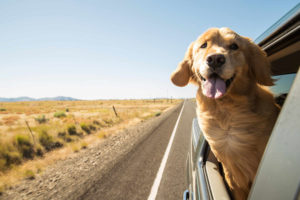 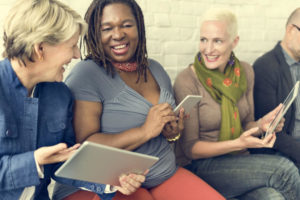 Ways of learning – 5 ways you can develop your skills today