On December 14th 2020, I boarded the plane with my dreams wrapped up in my battered 20-year-old suitcase. I was bound for Southern Spain and the respite of the Mediterranean Sea – on a quest to follow my dream of creating my online co-living service for people over 40. I was going to build and develop the idea so that I could return to the UK with a solid grounding ready for my business to take off.

I had sold my car and was living off the proceeds and a handful of credit cards. I was on a budget, so I had booked into a cheap hostel for £20 a night in Malaga city. It looked okay from the photos. The reviews were reasonable and I knew the location, so I was happy enough.

On arrival, I was shown the kitchen/diner area, which was next to the Reception. There were a couple of guys hanging out there, in their 40s. I was introduced to Alan and Oscar. They were a bit worse for wear, but Alan offered to help me with my heavy suitcase up the flights of stairs to my room. They were friendly enough but had an air of being hopelessly held in suspended animation from which they felt they could never escape.

It turned out that they were trapped in Malaga city due to lockdown. Alan was from Liverpool and Oscar from Norway. He reminded me of the John Hurt character in Midnight Express and sounded uncannily like John Malkovich. Alan was a lovable Liverpudlian, but you wouldn’t trust him with your granny. They had been in the hostel for two months and had decided that the best thing to do every day was to consume red wine after breakfast and wait until this whole thing blows over. Oscar couldn’t be bothered to remember my name, so I was known as ‘London’. I constantly had the lyrics of the ‘Hotel California’ swimming round in my head. At this stage, I was glad that I had decided to knock alcohol on the head two years prior, or who knows where I might end up!

I quickly looked for a room to rent and found a nice house called The Blue Castle with terraces – good location, 10 minutes walk from the historic centre. I moved in on Friday, December 18th after being assured by the owners that it was indeed a quiet house because everyone was working.

When I arrived the residents were having a BBQ on the terrace, so I went over and introduced myself. I was living with seven other people who were in their 20s and 30s. We were a mix of Spanish, Italian, Hungarian, Moroccan, and myself British. We made our introductions, had an informal chat and I wandered off to discover Malaga city.

On my return, the BBQ had moved inside the house. Everyone was squeezed into the small square living room, playing ping pong, smoking, and drinking, and enjoying their Friday night. It was explained to me that they were having a party because some were going away for Christmas, and this was the last night they would all be together. I didn’t begrudge them a Christmas party, and I thought it was rather nice that they all got on.

However, what came to pass was that the house was indeed a party house. There was one Italian man who could party all by himself with no one present – only a phone, 20 fags and a bottle of red. He would speak with great volume and gesture, which would reverberate all the way up the concrete stairs, down the corridor, and through the paper-thin walls and doors, penetrating my frontal lobe till 3 am. I was armed with earplugs, earphones, and a Netflix account, which I could watch until he went to bed.

I had been there a week and was praying that this revelry was just for Christmas. I told myself: ‘Remember when you were young, you loved to party too. This would have been a great place when you were 25’. But now I’m 57, I’m sensitive to noise, I don’t drink and smoke anymore, and I like NO noise. I like silence. I like no music, tv, children, dogs, doors banging, motorbikes, drilling, roadworks, helicopters, emergency vehicles, planes, and the bass from a car stereo. I don’t like them. If you’ve lived in London, you know what I mean. But I was determined to not be a grumpy old woman. I don’t want to be that woman. I am on an adventure, and I will embrace the experience with an open heart and delight in the unexpected!

December 24th, lunchtime. Two male housemates were sitting on the terrace. I hadn’t really spoken much to them, so I went over to have a chat. Juan was Spanish and from Malaga – he was 30. Angelo was Italian. The one-man party man looked about 40, but it could be just that he played hard, like Keith Richards.

It transpired that myself and Angelo would be the only ones home on Christmas day. Juan asked if I had any plans. I said ‘no’, and neither did Angelo. At this point, Juan and Angelo began to eye me up and down, and talk to each other out of the sides of their mouths. I wouldn’t have understood what they were saying but because they’re Latino, they used hand gestures, so I quickly understood that Juan was wondering if Angelo thought I might be palatable enough for Christmas dinner!

Well, at this point I became rather sour, decided I needed to get the hell out of there, and I asked my landlord for my deposit back for January. He informed me this could not happen because I needed to give him a month’s notice, so he could not refund the deposit. I was on a budget, so I would have to stay and find another home for February. I consoled myself that it gave me more time to find the right place. I could after all end up jumping from the frying pan into the fire. I sunk into my bed with my earplugs, earphones, and my monthly Netflix subscription.

After Christmas, the other housemates returned and I managed to get through January. Angelo left the house and went to the Canaries, and I had quite nice chats with the ‘younguns’. They were a nice bunch, we just had incompatible lifestyles. One was an aspiring rap artist and another played classical piano and some cool jazz in his room – which was rather lovely. They invited me for lunch on the terrace. They were excellent cooks by the way, and I loved trying their recipes. I appreciated their goodwill toward me and we managed to muddle through January without too much fallout.

I moved out 1st February into a house which was on the same street but further up and round the bend. The house, Villa Marina, stood on top of a hill, with beautiful views of Malaga city. It was a modern house on two levels. The main part of the house had a huge open plan kitchen/diner/lounge area with two bedrooms and two bathrooms. The owner lived in a separate area on the same level. My room was below with a small kitchenette area with a sink and a bathroom, and I shared this area with one other girl. My room was small and narrow with a single bed but a good desk, which is what I needed. It was like a cave with very little natural light, but I could step out onto the terrace anytime to warm up and enjoy the hammock or the sun loungers.

This house was occupied by the owner, Valeria, who was Italian, in her late 30s/early 40s, and had started a new career in Real Estate. There were also two digital media girls in their 30s – one Italian and one Hungarian – and a Spanish female student, who was 20, studying Philosophy. We were all focused on our careers. We worked diligently, respected privacy and noise levels. We enjoyed having the occasional lunch together, and had a day out or went for a walk from time to time.

We were all on the same page with regard to looking after our health. They were extremely fit. They exercised, ate organic food, and looked after their mental health with meditation and breathing exercises. I really enjoyed living with them. We had interesting conversations about various well-being practices and the types of businesses that were opening in Malaga. They were interested in opening a coworking business, so we spoke about the rise of co-living and co-working around the globe.

One day I was feeling a bit low and was looking out of the window, wondering what to do with myself when Valeria passed by. She asked if I was okay and I sort of shrugged and said, “Yeah”, feebly. She said, “I’m going for a drive to Fuengirola, do you want to come? I’m leaving in 10 minutes.” I quickly got ready and went out for the day – such an unexpected treat! On the trip, Valeria had invited two of her friends, one of whom was working with refugees in Malaga. I found her fascinating, and the work she did very inspiring. I was so glad I went. I loved the spontaneity of living with others, as you never know what each day holds.

I left there at the end of May 2021 and returned to London. 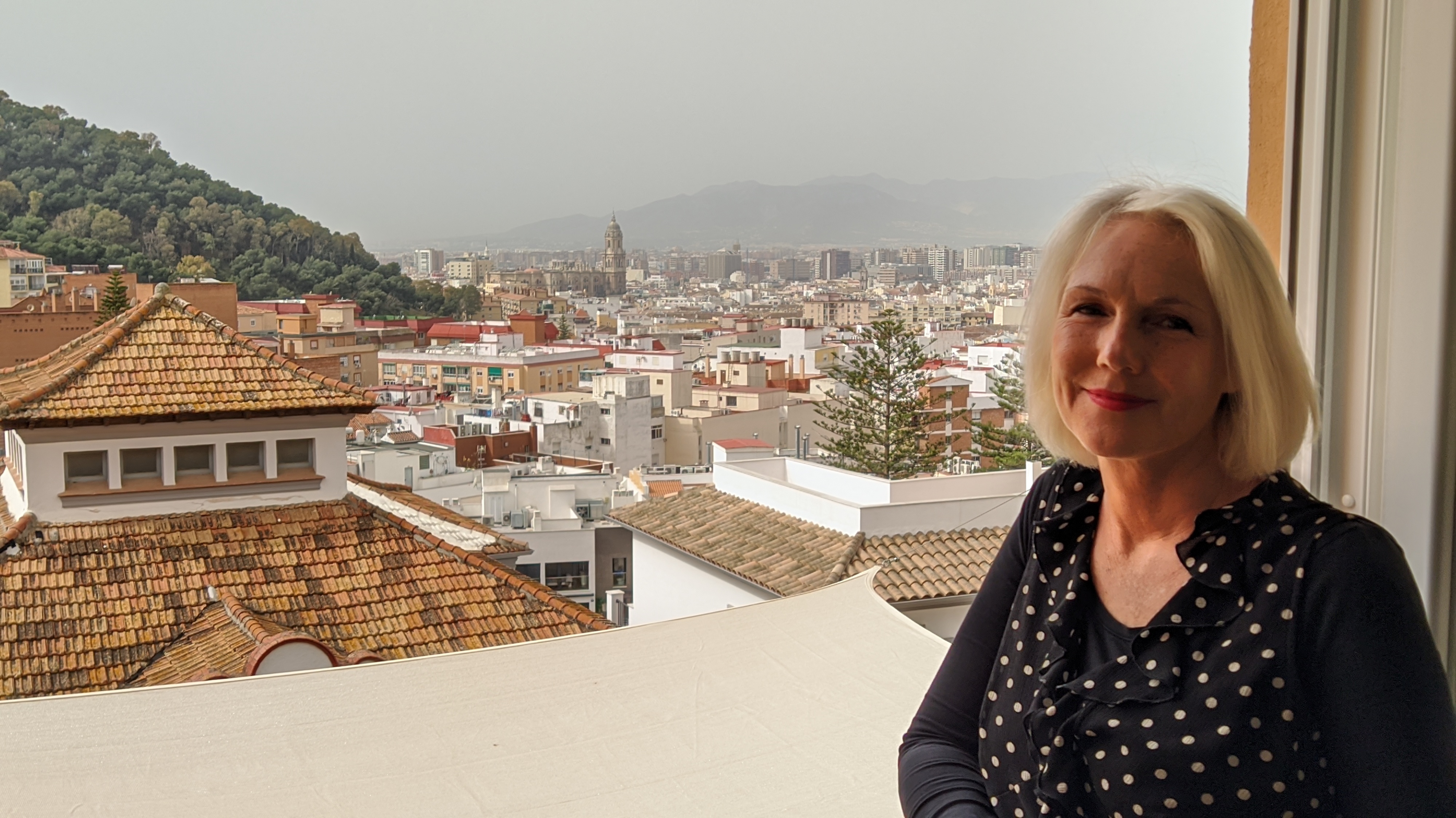 These two experiences of living with others were a great contrast. They happened by chance. I didn’t choose my housemates and they didn’t choose me. It showed me that you can enjoy living with people in a multigenerational household if you have the same lifestyle and values.

I enjoyed the benefits of living in a nice environment that I couldn’t afford on my own. I liked having spontaneous lunches with my housemates. When you live together you have an interest in one another, and you look out for each other. At one time, my eczema became really chronic while I was there, they looked after me and made sure I was okay. If I wanted some company, I could find someone to chat to, and if I wanted my own space, that was fine too.

I met more people than I would have if I were living alone, and I had interesting conversations about nutrition, health, and other topics. My world expanded. It became more whole.

I’m looking forward to my next adventure and would love to invite people to try it out for themselves. I highly recommend Malaga city.

You can join the coliving community in the Facebook group, Coliving Connections for Over 40s. 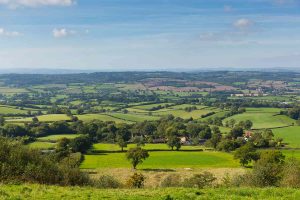 7 of the top beauty spots in the South Downs 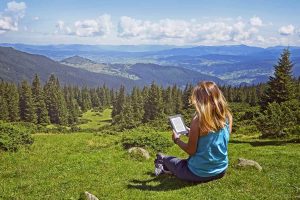 18 of the greatest adventure books 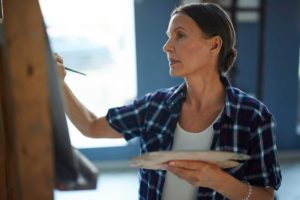 9 creative skills that you can learn from home 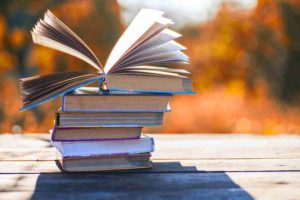