Life As We Know It

Life As We Know It

I watched as they slaughtered another of my workmates.

By the time I had reached full maturity, I had stopped being frightened of all the senseless killings I had witnessed, realizing by then that it was par for the course in the world we live in.

It’s just lucky that our overall population-turnover is significant enough to allow us to compensate for all these frequent losses from our community.

They don’t like us – and, to my knowledge, they never have. Doesn’t matter, though; no matter how hard they try. They’ll never get us all. Because they’ll never find us all; we’ve got hiding-places everywhere, and have had for countless generations.

No reason whatsoever why we can’t continue to have these for countless generations more.

We are a stubborn race, and highly resourceful. Therefore, huge and strong though they are, the monsters will never be able to completely eradicate us.

It is ironic that, in addition to unreasonably hating us, the ogres unwittingly provide us with much of the food we love, and thrive upon – which is why we frequently visit their various structures.

I went into one yesterday… and in doing so passed by the corpse of one more community member: crushed to death in the usual manner. It is one of the ogres’ favourite methods of execution.

Sometimes we fight back though, as we have weapons of our own. It’s impossible to tell how successful these occasional retaliations are, as the monsters are so big that they don’t die as easily as the much smaller creatures we hunt.

But, as I said, try as they might, they will never get us all. Our community leader is clever; should the giants discover our current home, she will simply lead us on to another one, elsewhere, and secluded.

We have the utmost respect for her, and every single one of us would consider it the ultimate honour to, if need be, lay our life down for her.

My ever-keen senses didn’t take long to locate suitable sustenance, and I wasted no time in zeroing in on it. But not recklessly; besides the ogres, there were others, much smaller but just as potentially lethal, predators lurking about in semi-secluded locations which also set traps to snare the unwary. I had seen the results of these on the odd occasion… and they were truly gruesome.

Haste due to overconfidence was often the cause of such fatalities. Only the wise and cautious hunter avoids inadvertently becoming the hunted – and, ultimately, the prey.

I gathered as much of the food as I could safely carry, and made my way back to the community with my contribution. After all, we all have our part to play. It is the Law.

Despite our native caution, we all share an inherent weakness for curiosity – especially when it concerns the exploration of new territory.

Following my return from the community hub, I scuttled around for a bit, poking about here, there and everywhere in the immediate vicinity. The weather was hot and dry and the air was still, which made ambient smells thicker and more discernible than they would have been in cooler, wetter conditions, when the dampness would have created lots of other masking scents.

Now, for instance, the odour of decay hung cloaked over the other smells, creating a strange cocktail of olfactory sensations…

I headed over to where the odour was strongest, intent on investigation. Who knows, I might come across something interesting; you never knew your luck.

As I moved, I noticed, off to one side, another worker entering the room through one of the huge holes in the wall. I didn’t recognize him, so it was safe to assume that he belonged to a different community. This happened quite often, so there was no cause for alarm. We had a shared purpose, after all, so we didn’t bother each other.

Like me, the new visitor also quickly found something of interest to study and settled down in front of it, prodding it experimentally.

Just then, from an inner entryway opposite the hole in the outer wall, a fearsome ogre came lumbering in!

Nearer to the monstrous creature than I was, my colleague from another community flinched away sharply, taken by surprise.

The ogre spotted the movement almost instantly. Its own first reaction was also one of surprise – and then it swung round and stomped quickly about in its vicinity, as if searching for something…

…and found it: one of the huge, flexible weapons favoured by its kind – for killing us!

It spun about again and took a tremendous swipe at the frightened worker, who dodged and darted about this way and that in his frantic efforts to escape.

For myself, I nipped sharply behind a large wooden construction and hid in the shadows between it and the wall behind me, and watched the frightening drama continue to unfold before me…

After a very short time, the giant monster abruptly ceased its pursuit of its much faster and more agile would-be victim. I felt a brief surge of satisfaction; though immense and very strong, these murderous ogres couldn’t move as fast as us!

Seemingly frustrated, it then just stood where it was and looked around it.

After a moment I decided to ignore the beast. After all, it wasn’t anywhere near me, so I was in no imminent danger from it.

Looking up and ahead of me, I saw my counterpart resting on a ledge. His confidence soon returned, and he began poking around again.

I returned to my own picking; there was still more foraging to be done before I could finish for the day and return home.

The next thing I knew, a terrifying vibration thundered through the floor beneath my feet, and even through the very air itself, almost dislodging me from my own vantage-point…

Frightened and confused, I looked around – and just in time to see my colleague tumble from his perch and onto the floor, broken and unmoving…

Still clutching his weapon, the murderous ogre stood triumphantly over its victim, leaning down towards it.

So the monster had not been beaten after all – merely waiting for a better chance to make a kill.

Warily watching the giant, I recovered my wits and returned to my own business. My colleague’s death was of course regrettable, but there was nothing to be done for him now.

It was the grand scheme of things.

And, perhaps, it was the same for the monstrous ogres, too…

The killer glowered down at his latest victim, grimly satisfied.

Another one gone to glory, he thought. If they keep coming, they’ll keep dying.

Starting to turn away, he caught sight of another one, over by the far corner, jinking around in that familiar, arrogant way they had. Taunting him, he fancied.

Irritating in the extreme! All right then; he knew how to handle that one, as well.

The more the merrier, in fact.

Slowly, silently, he began to stalk his latest quarry. He brought his deadly weapon up even slower still as he advanced… Don’t want to alarm our little friend now, do we?

He licked his lips, his eyes locked on the target. Just hold still now… easy does it…

The victorious hunter watched his dead victim tumble like a dead leaf onto the floor, landing there and lying still, not even twitching.

“Two in one minute!” he growled, eyeing his rolled-up newspaper triumphantly. “That’ll teach these bloody wasps not to come back here again in a hurry!” 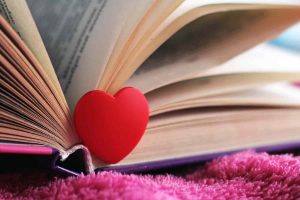 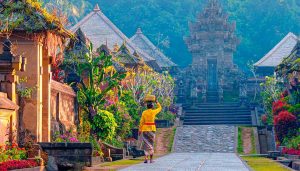 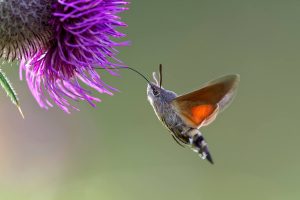 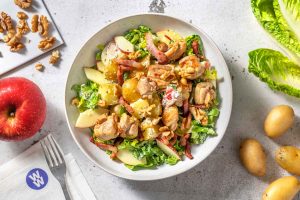