Rising car insurance costs can be a real pain in the pocket, but there are several ways that motorists can drive costs down.

According to data from analytics experts Consumer Intelligence, the over-50s have seen the biggest car insurance price rises out of any other age group over the past 12 months, with premiums increasing by twice the rate of inflation at 3.3%. The over-50s now pay an average of £413 for car insurance, with premiums for this age group having increased by 1% in the last three months alone. It all sounds pretty gloomy but thankfully, despite having the biggest pricing hike, the over-50s still see the lowest premiums of all demographics.

If you think you’re paying too much for your motor cover, here are some tips to help you lower the cost of your premiums.

Make sure your mileage is correct

When you buy motor insurance, you’ll be asked for an estimate of your annual mileage. Don’t just have a stab at what this is – it’s a good idea to give as accurate an estimate as possible, as if you tell your insurer you drive more miles than you actually do, you’ll end up paying for these miles. That’s because the more you drive, the higher a risk insurers will consider you to be, simply because the longer you spend in your car, the more likely you are to be involved in an accident. One helpful tip is to try logging your mileage each time you renew your insurance, so you have a regular check point each year to know how far you’ve driven. Lots of insurers also have annual mileage calculators to help you work out how far you drive each year. For example, you can find them at Direct Line, Hughes Insurance and Keith Michaels. You can also check your annual MOT certificates which show what your mileage reading was at the time the car was tested.

Try changing the way you describe your occupation

Believe it or not, the way you describe your job when you apply for car insurance can have a big impact on the amount you pay.

Certain occupations are considered much higher risk than others. For example, according to comparison website GoCompare if you describe yourself as a ‘chef’ your average quote could be as much as £88 higher than if you selected ‘kitchen staff’ as your occupation. If you have more than one job that applies to you on a pre-defined list offered by your insurer, it’s always worth comparing costs to see if you can cut your premiums by describing your job differently. Jobs which tend to offer a range of options include office work, building and construction, teaching and journalism.

Lee Griffin, spokesman for GoCompare said: “You will also need to tell your insurer if you change your job. Your occupation is one of the major pieces of information that insurers use to work out your insurance premium. Ultimately, some occupations are viewed as more risky than others which means, unfortunately, if you are a professional footballer, you’ll likely be shelling out more for your cover than a priest.

“It’s not just those in full-time work that this applies to, for instance if you’re a full-time parent, retired or a full-time student, make absolutely sure you’re selecting those titles and not ‘unemployed’ – it could save you almost £300.”

Most importantly though, whatever you do, don’t be tempted to put down a different occupation to the one you actually do, as this could invalidate your cover.

Pay your premium annually rather than monthly

Around one in three of us pay for our car insurance monthly rather than annually, but this can add substantially to the overall cost.

A spokesman for comparison site Uswitch said: Although paying upfront for your car insurance can be a big hit to your bank balance, it can save you a considerable amount over the year. By paying for your car insurance in monthly instalments, you are essentially taking out a loan from the insurer with added interest rates. If you can afford to pay the annual cost upfront, you could save 20% or even more depending on your provider.”

The typical interest rates offered by insurers are not usually that competitive, so if you can’t afford to pay your car insurance in one go, you might want to consider using a 0% credit card to cover the cost, but this should only be an option if you’re certain you can pay off the balance on the card before the interest-free period finishes.

Unfortunately, there’s no reward for staying loyal to your insurer – in fact you’ll probably find prices creep up every year, even if you haven’t made a claim.

It’s therefore essential to always shop around for cover before you accept your insurer’s renewal quote to find out whether you might be able to save by switching to another provider. The city regulator the Financial Conduct Authority (FCA) Financial Conduct Authority’s (FCA) introduced new rules in 2017 to encourage shopping around at renewal, but research shows lots of motorists still fail to do this. According to GoCompare, 4.1m drivers auto-renewed last year without checking if they could get a better deal, even though switching could typically save them up to £240.

There are lots of comparison sites, such as MoneySupermarket, Confused.com, GoCompare and Compare the Market, which enable you to compare costs quickly and easily. Remember that some of the big insurers such as Direct Line and Aviva don’t feature on comparison sites, so it’s worth getting quotes from them too.

Even if you want to stay with your current provider, it’s worth getting some external quotes and then calling up your existing provider. Most companies will offer to beat an external quote to avoid you leaving them.

See if you can boost your insurance savings with cashback

Once you’ve found a new insurance policy, see if you can get a hot deal or extra cashback from that provider through a cashback site such as Quidco or Topcashback. For example, when we checked, Quidco was offering £30 cashback to anyone buying a new car insurance policy via Confused.com or £31.50 if they buy a policy through MoneySuperMarket.

Customers taking out a new Age Co over-50s car insurance policy via the site could earn £49 cashback. This cover is administered by Ageas Retail Limited and has no upper age limit. If you buy a comprehensive Age Co policy, it will provide a guaranteed courtesy car in the event of an accident, provided the car is repaired by an approved repairer.

Don’t leave it too late to shop around either. You ideally should start looking around for a new policy three to four weeks before your current policy finishes as insurers ramp up prices the later you leave it.

Looking at ways to reduce the cost of your motor insurance might feel like an effort, but the savings can be substantial. If you need any motivation, think about what you might be able to do with the money you save – it could help you pay off that credit card bill, or top up your rainy day savings. So don’t delay, dig out your car insurance policy, find out when it’s up for renewal and mark the date in your diary now!

Have you managed to reduce the cost of your car insurance premiums? If so, we’d love to hear from you. You can get in touch via [email protected] or share on the Rest Less Community forum. 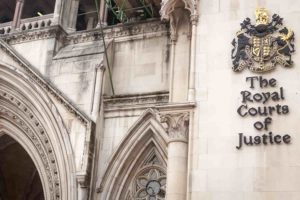 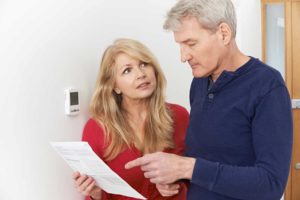 Four reasons why you should switch energy supplier now 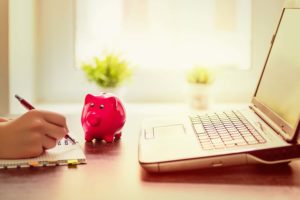