An ordinary man doing an extraordinary thing: 56-year-old Mike prepares to row solo across the Atlantic

In December 2023, at the age of 59, driving instructor Mike Hull will embark on a 3,000 mile row across the Atlantic Ocean. Rowing solo, Mike’s journey is part of the Talisker Whisky Atlantic Challenge – the world’s premier ocean rowing race. Throughout the challenge Mike will face various physical and mental obstacles, which could include severe weather, technical faults, and sleep deprivation for up to 90 days.

Determined to succeed, Mike from Exeter is now eight months into his training and feeling excited about the challenge ahead. He will be donating any money raised from his venture to his two chosen charities; South West Coast Path Association and Hospicecare.

As he continues to prepare, Mike gives us a fascinating insight into what his commitment to the row involves, how he’s feeling about it, and what exactly spurred him on to take on such a big task.

“When I became aware of this challenge, I just had to do it”

Considering the nature of the challenge, it was surprising to hear that Mike isn’t an expert rower at all. He says, “I wouldn’t describe myself as a rower in the slightest – I have rowed in the past, but nothing serious. Interestingly, most of the people who take part in the Talisker Whisky challenge aren’t actually rowers. Most of them are new to rowing when they sign up.”

Instead, 56-year-old Mike describes himself as a keen walker, and can often be found clocking up the miles in his spare time. As a member of the South West Coast Path Association, he’s currently completing a 630-mile walk from Minehead in Somerset, to Poole in Devon.

However, the father-of-three says that his lack of rowing experience doesn’t worry him. Mike explained that the key qualities needed to succeed in the Talisker Whisky Challenge are largely psychological. He explains, “The technique required for good rowing is pretty much non-existent out on the ocean. Because of the waves, the boat’s all over the place.

“I’d say that it will be 80% a mental challenge where qualities like tenacity, resilience, and stubbornness are going to be really important. Obviously it’s a big physical challenge too, but definitely more mental.” 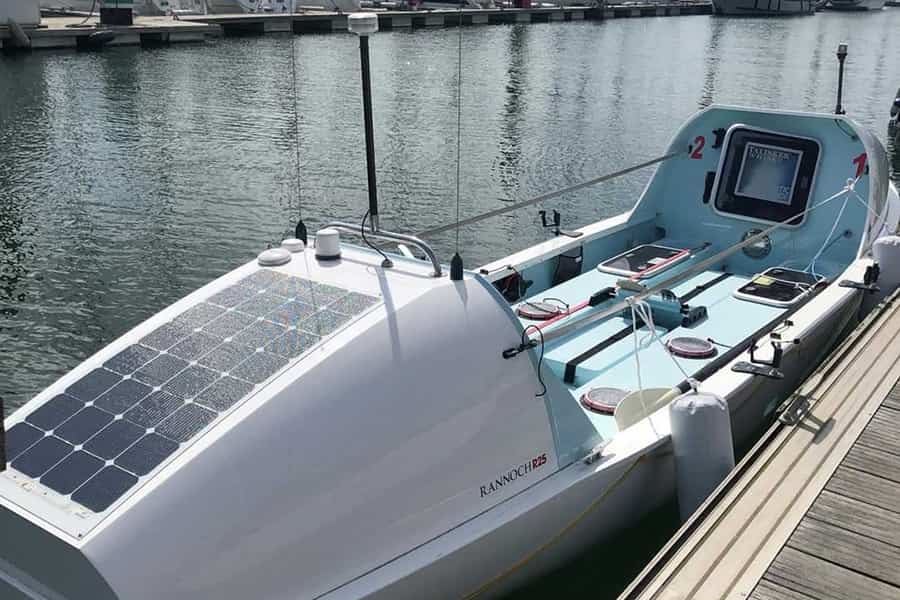 The boat that Mike will travel across the Atlantic in is a 23-foot-long purpose-built ocean rowing boat named Pegasus. On board, there is only enough room for Mike and his essential equipment.

Describing what the set-up will look like, Mike says, “On board are solar panels which run the all important water maker because you physically cannot carry enough water to row across the Atlantic Ocean. It’d be sufficient to swamp the boat.

“The water maker draws in sea water and uses reverse osmosis to make it drinkable. That’s one of the most important pieces of kit. The solar panels also run the navigation and communication systems. But there’s no power other than that, so the only way across is to row.

“There are also two small watertight compartments, one for storage and the other for sleeping quarters. These are extremely cramped and give you just enough space to lie down.” 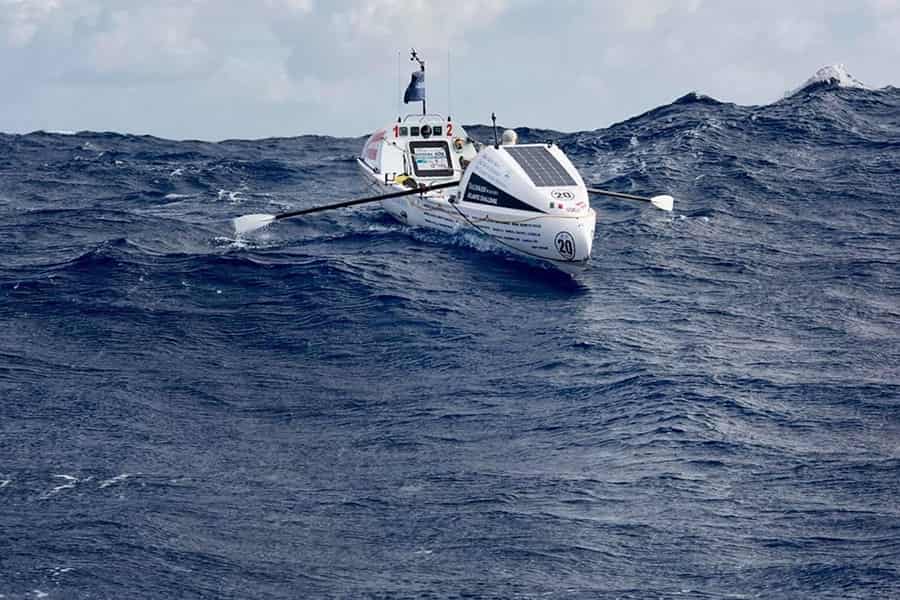 Mike explained some of the common obstacles of the challenge, including the unknown ones he expects will inevitably appear along the way too. He says, “Sadly, it’s not unusual that the boats can capsize on route. After all, they’re only 23 foot long and the ocean is pretty huge. Luckily, they’re designed to self-right and you’re clipped on with a safety rope at all times, but it’s still pretty scary.

“There are also many challenges that I’ll face which I don’t know about yet. Last year for example, three boats were unexpectedly hulled by blue marlin (swordfish) that were hunting tuna which had taken refuge under the slow-moving rowing boats.

“As the blue marlin come racing up from the deep to attack the tuna, they don’t always stop when they reach the base of the boat, and some were hulled as a result. So you just never know what challenges you’re going to meet.I could have terrible weather, illness, or equipment or navigation failure – you just don’t know.”

Sleep deprivation is one of the most common challenges faced by rowers of the Talisker Whisky Challenge. Mike explains, “It’s a constant pattern of two hours rowing and two hours break. In that two-hour break you’ve got two hours to sort the navigation, address any repairs, and sleep. So you might end up getting only one hour and 20 minutes of sleep before getting straight back on the oars again.

“Doing this all day and all night for up to 90 days can certainly take its toll and sleep deprivation is definitely one of the major obstacles. People have been known to hallucinate and fall asleep at the oars. Especially in the first week, the sleep deprivation is horrible.

“This is why I feel it’s so much more of a mental than physical challenge. Because when you’re feeling really demoralised, tired, and that you just want to be anywhere but on that boat, it’s about having that mental strength to sit back on the seat, pick up the oars, and start rowing again.” 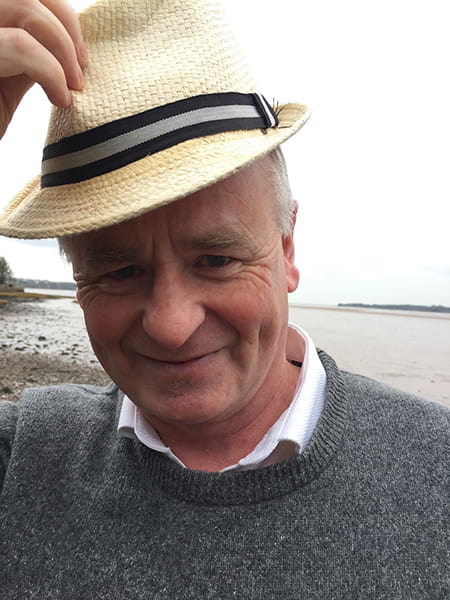 When asked about why he decided to take on the challenge, Mike explained that it’s in his personality to stick with things. He says, “I’ve been aware of the Talisker Whisky Challenge for a while and when I decide I’d like to do something, I’ve just got to do it.

“Really, it’s just a huge streak of stubbornness that once I start something, I have to complete it, and I’ve always been that way. When I was a young teen, my friends and I went camping and after one day they’d all had enough and went home. But I had to stay for three nights even though I was all on my own, because I’d already told everyone that I was going camping for three nights – I’m just stubborn in that sense!

“I also don’t want to look back later in life and wish that I’d done something different. I’m still lucky enough to be blessed with physical fitness. If I leave it later and put things off then I might not be in a position to be able to do it. So that’s why I’m doing it now.”

Mike says, “My family thinks I’m completely and utterly nuts. I don’t think my younger children really appreciate the enormity of the challenge yet. But certainly what I would like to do is inspire them. Because at the end of the day I’m just an ordinary chap. I’m just a driving instructor. I want to inspire them by reminding them that perfectly ordinary people can do things that are a little bit extraordinary.”

Speaking out to anyone else who wants to take on a challenge but feels too scared, Mike encourages people to just go after their dreams. He says, “Don’t be scared. Fortune favours the brave as they say. Everyone will have things that they want to do in life – mine just happens to be rowing across the Atlantic! But whatever it is, you should absolutely just seize the day.”

If you would like to support Mike and sponsor him on his journey, you can donate on the Go Fund Me website.

Are you feeling inspired by Mike’s story? Or do you have your own story that you’d like to share? We’d love to hear from you. Join the conversation on the Rest Less community forum, or leave a comment below. 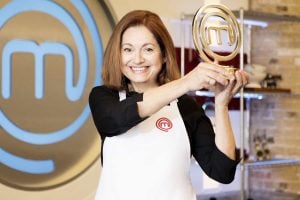 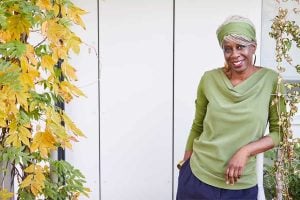 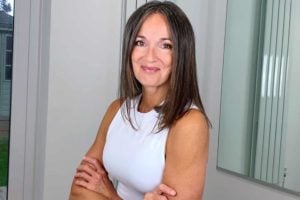 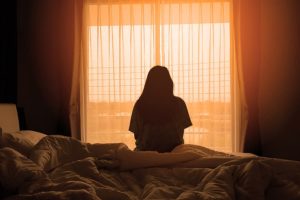