Irritable bowel syndrome (IBS) is a common condition that affects the digestive system. It can cause symptoms like bloating, stomach cramps, diarrhoea, and constipation.

While IBS is typically a lifelong condition for which there is no single cure, there are various ways that people can manage symptoms and minimise their effect on daily life. These include identifying trigger foods, trialling different diets, and taking medication where required. After a bit of trial and error, many people are able to lead normal lives.

Remember everyone is different and will respond differently to treatments, so try not to feel disheartened if you don’t find the answer for you right away.

In this article we’ll cover what IBS is, how it’s diagnosed, and the different ways to manage it.

What is irritable bowel syndrome? 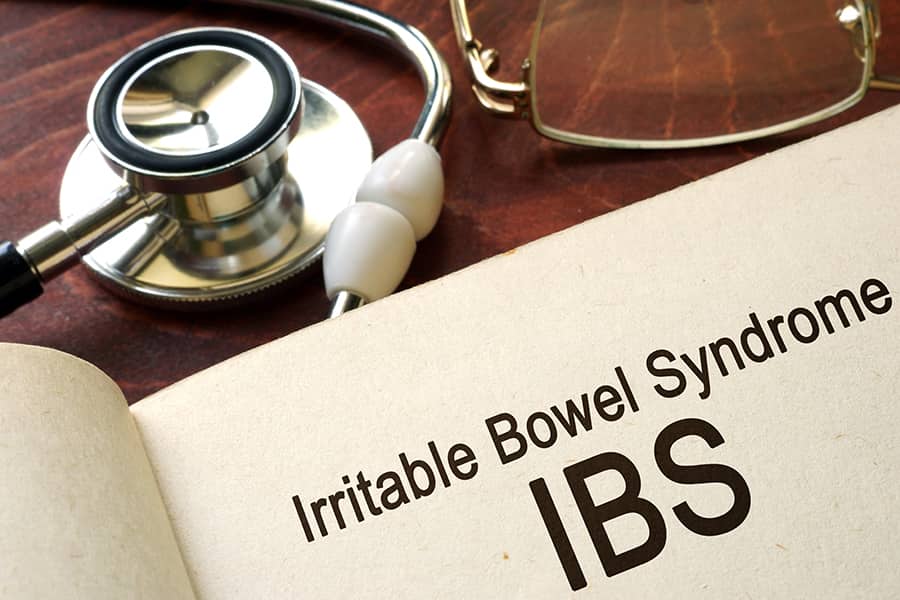 Irritable Bowel Syndrome (IBS) is a group of symptoms that affect the digestive system. These symptoms typically include bloating, stomach cramps, constipation, and diarrhoea. IBS can cause pain, distress, and – due to the nature of symptoms – sometimes embarrassment, in many people.

In the UK, it’s estimated that between one and two in every 10 people have IBS . It can develop at any age – though it’s most common for symptoms to appear between the ages of 20 and 30.

IBS is usually a lifelong condition and it’s common for symptoms to come and go over time, rather than being persistent. Depending on the person, symptoms can last anywhere from days, to weeks, or months at a time, before temporarily resolving.

The exact cause of IBS is yet unknown, but it’s been linked to stress , food passing through the gut too quickly or slowly, oversensitive nerves in the gut, and a family history of IBS.

While there’s no cure, certain lifestyle changes have proved effective at managing symptoms. The success of these varies from person to person and will often require some trial and error. In some cases, medications can be used to help treat IBS.

How is IBS diagnosed? 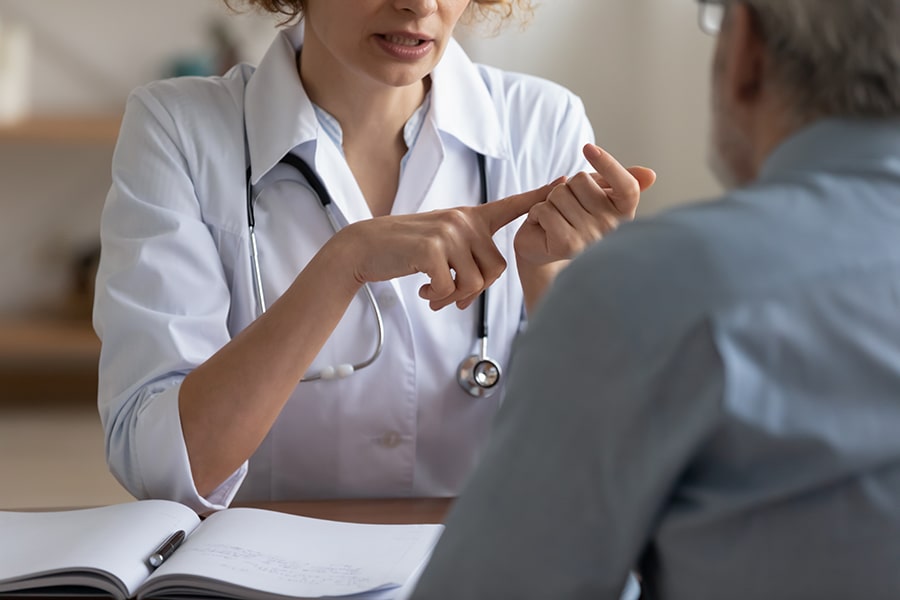 If you’ve been suffering from any of the symptoms mentioned above, it’s best to start by making an appointment with your GP.

Your doctor may be able to diagnose you with IBS based on your symptoms alone. They’ll typically ask what your symptoms are, whether they come or go, how often you get them, and what tends to cause them (for example, eating certain foods).

However, in some cases your doctor may want to take further steps to rule out other potential causes of your symptoms. These can include:

You can read more about the process of diagnosing IBS on the NHS website.

How is irritable bowel syndrome treated?

There’s no single cure for IBS. However, there are various things you can try to manage your symptoms. We’ll cover these below.

Diet and nutrition for IBS

In some cases, dietary changes can significantly reduce IBS symptoms. But, because IBS differs from person to person, it’s usually a case of trying different diets to find one that works best for you.

Below are some of the most common diets used to relieve uncomfortable IBS symptoms. 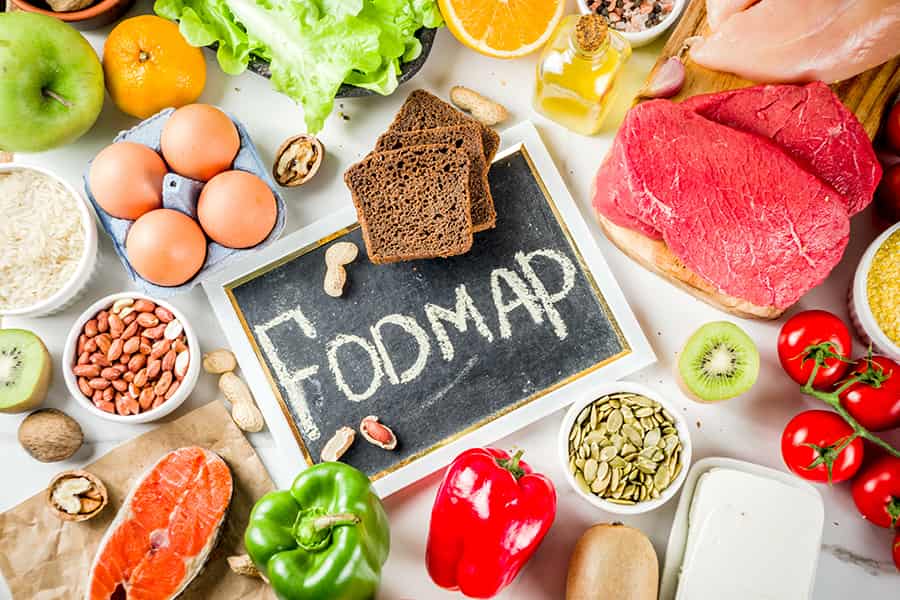 FODMAPs (fermentable oligosaccharides, disaccharides, monosaccharides, and polyols) are a group of carbohydrates that are typically more difficult for the intestines to digest. Because these carbs create more water in the bowel, people with IBS often experience symptoms like bloating, gas, and diarrhea after eating them.

As a result, temporarily restricting your intake of high FODMAP foods can improve IBS symptoms.

Examples of high FODMAP foods include:

However, everyone is different and some FODMAP foods might upset your stomach more than others. Trial and error will usually help to determine which foods to steer clear of.

To avoid an overly restrictive diet, it’s worth speaking to a dietician. They can help provide a structure to follow for the FODMAP diet and can recommend other tests and treatments where necessary. If required, your GP can refer you for a free consultation from a dietician. Alternatively, you can search for a Registered Nutritionist on the Association for Nutrition website.

For more information on the low FODMAP diet, you can have a read of this guide from Everyday Health. Alternatively, Amazon has a range of low-FODMAP diet books that offer plenty of recipe ideas and inspiration. 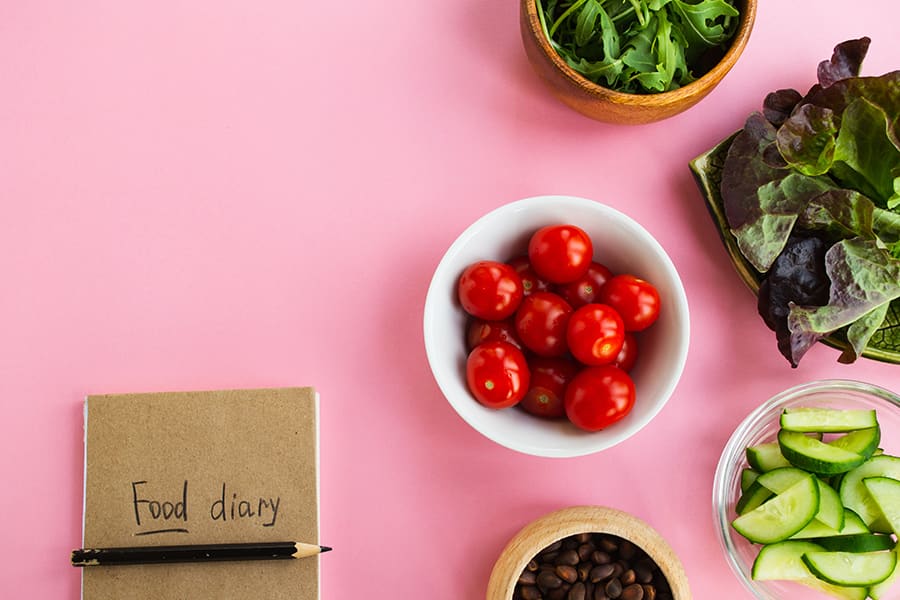 The elimination diet involves avoiding certain foods in your diet for periods of time to see if your IBS symptoms improve.

According to The International foundation for Functional Gastrointestinal Disorders, there are a few common food culprits. These include coffee, chocolate, nuts, and insoluble fibre (fibre that doesn’t dissolve in water). However, any food that you suspect to be causing your symptoms is worth temporarily cutting out.

When trying the elimination diet, many people find it useful to keep a food diary. Here you can note down any changes in your symptoms in line with different foods. Over time, this should help you highlight any triggers. Amazon has a range of food diaries and symptom loggers, which can help you keep track of your progress.

Again, it’s advisable to seek advice from a dietitian before trying the elimination diet, to avoid your diet becoming too restrictive.

You can find more information, including advice on which food groups to eliminate, in this guide from Very Well Health. 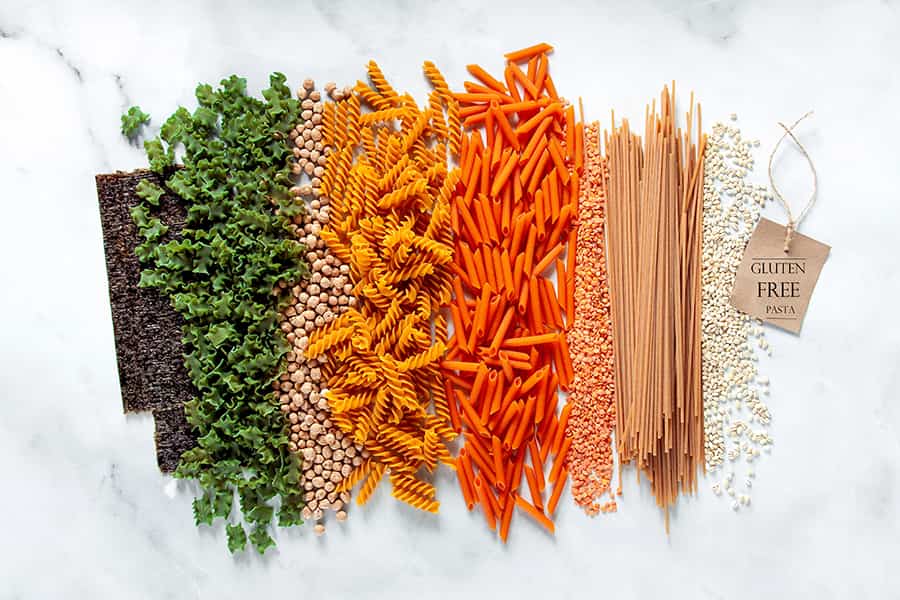 Often, people with sensitivity or intolerance to gluten also experience IBS. Gluten can sometimes lead to inflammation in the small intestine and poor nutrient absorption; causing symptoms like constipation and diarrhea.

To work out whether gluten is the cause of your IBS symptoms, you could try eliminating foods such as rye, wheat, and barley from your diet to see if you feel better. Luckily, being gluten-free doesn’t mean having to give up bread or pasta, as there are so many gluten-free options available in supermarkets these days.

For more information on following a gluten-free diet, have a read of this article by Eating Well. Or, you might like to try one of our 10 tasty gluten-free recipes. Alternatively, Amazon also has a range of gluten-free diet guides and recipe books available to buy. 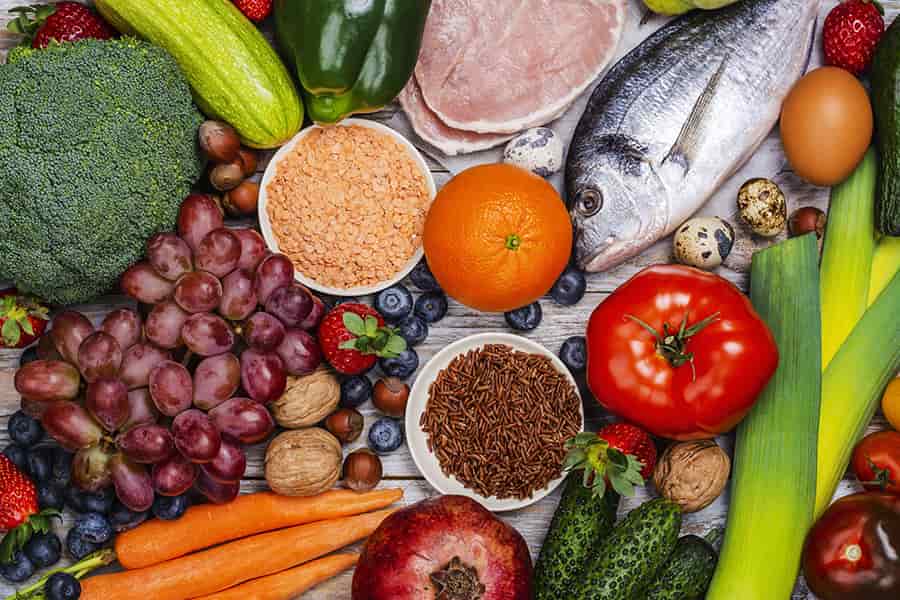 A high-fat diet is a known contributor to various health conditions, including obesity and heart disease. However, it can also trigger IBS symptoms. This is because foods that are high in saturated fat generally have lower fibre content, and fibre is necessary to keep the digestive tract running smoothly.

Research shows that fatty foods are particularly bad for people who suffer with both diarrhea and constipation. Top tips for following a low-fat diet include focusing on lean meat, fruits and vegetables, grains, and low-dairy products, while avoiding fried foods and animal fats.

Not only will you be looking after your heart, but your IBS symptoms should hopefully improve too. The NHS website has guidance on how to eat less saturated fat if you want to learn more.. 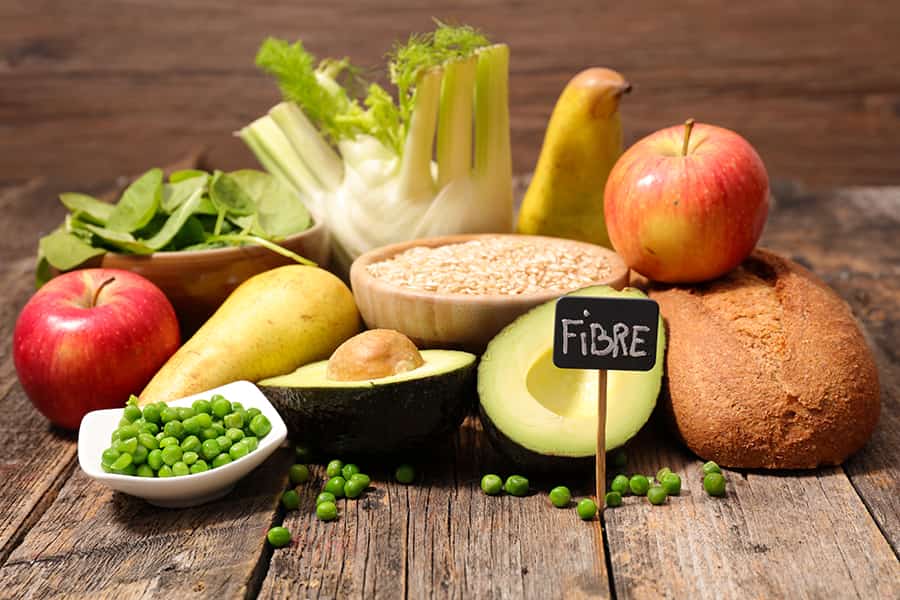 Fibre is essential for maintaining digestive health. But for people with IBS, whose digestive tracts tend to be more sensitive, fibre can be problematic.

Our bodies react differently to soluble and insoluble fibre, and depending on the nature of your IBS symptoms, can improve or worsen them. Experts liken fibre to an on-off switch for IBS because soluble fibre slows down things in the digestive tract (resulting in firmer stools), while insoluble fibre can speed things up (loosening up stools)).

Therefore, while fibre is important in any diet, altering your intake of soluble and insoluble fibre based on the nature of your symptoms can sometimes help to improve IBS.

For more information on whether soluble or insoluble fibre is right for you, you can visit the Everyday Health website. You can also find further advice from specialists on the link between IBS and diet in this video on the NHS website. 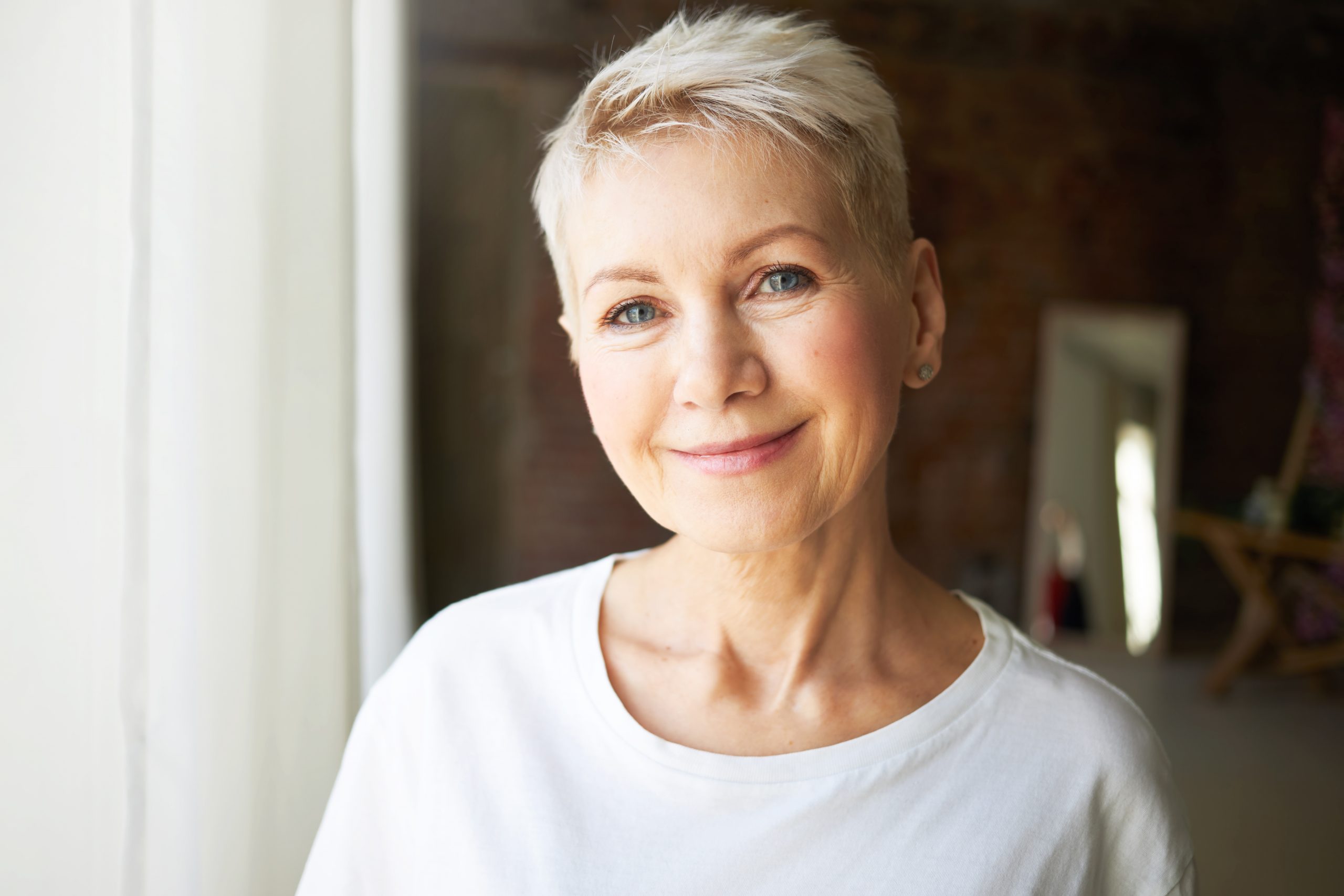 Alongside dietary changes, there are a variety of other lifestyle changes that can sometimes relieve IBS symptoms without the need for medication. These include: 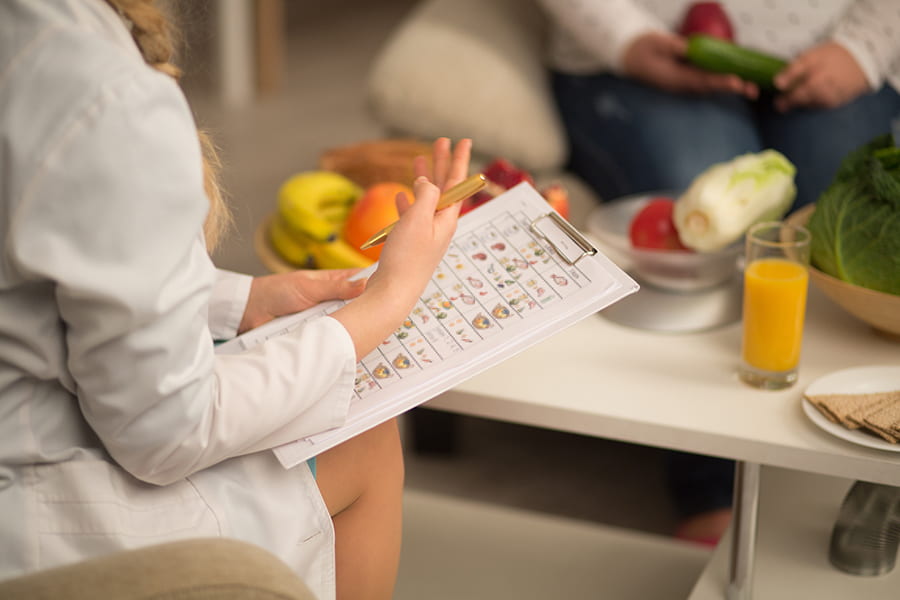 If lifestyle changes aren’t improving your symptoms, you may need to consider other options. Different things will work for different people, so often it’s a case of working with your doctor to determine what works best for you. Some of the options include:

IBS is affecting my life - what support is available? 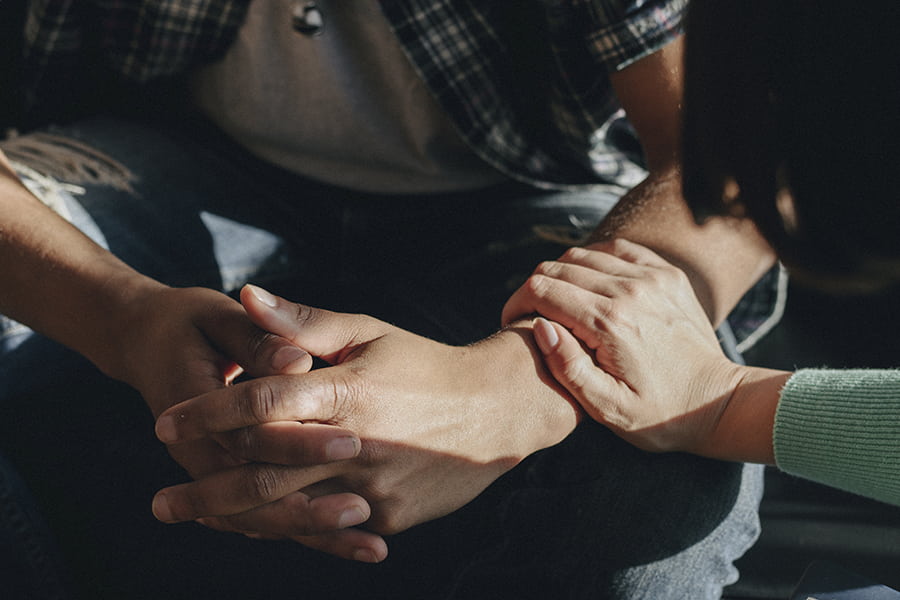 If IBS is affecting your day-to-day life, it can be helpful to know where to reach out. If you’d like to connect with other people experiencing similar things to you, you might find the national charity, The IBS Network, useful.

Working alongside healthcare professionals, The IBS Network aims to provide advice and information to people living with IBS. The charity also has an online forum and local support groups, where people can share their IBS experiences in a non-judgmental environment.

Equally, if someone you love is suffering from IBS, you can read more about how to support them on the Very Well Health website.

IBS can be painful and distressing to live with. It’s not unusual for people with IBS to suffer in silence because they feel embarrassed speaking about their symptoms. But IBS is actually very common, and it’s important to remember that you’re not alone.

While there’s no exact cure, symptoms can usually be improved or managed by making lifestyle changes. Remember everyone is different, and with various options available, try not to feel disheartened if you don’t find the answer right away.

Have you had experience with IBS? What do you find most effective in easing your symptoms? We’d be interested to hear about your experience. Join the conversation on the health section of the Rest Less community forum, or leave a comment below.

Get NHS prescriptions delivered for free with LloydsDirect

LloydsDirect works with your NHS GP to take care of your repeat prescriptions and deliver them to you, for free.

Get your free over 50s lifestyle assessment

As we get older, our health can take on a new level of importance. Maintaining our mental and physical wellbeing can help us to lead a longer and happier life.

We’ve partnered with LiveSmart to bring you comprehensive health checks that can help you safeguard your health. Created by doctors, these easy-to-use tests can tell you why you have low energy, find it difficult to lose weight, what foods are right for you, and much more.