Pension savers who plan to use drawdown to take an income from their pensions will be offered four new investment options for their pension pot.

Drawdown is a way of taking money out of your pension as and when you need it. Under current rules, you can usually start drawing an income from your pension once you reach the age of 55. However, different pension schemes can have different rules, so you’ll need to check with your provider to see at what age you can start taking retirement benefits from your pension.

If you decide to use drawdown to provide yourself with an income, the rest of your pension usually stays invested, either with your current pension provider or with another provider. However, many people aren’t sure which investments to choose, or end up leaving it in cash.

The financial regulator the Financial Conduct Authority on 1 February 2021 is introducing a new initiative for those opting for drawdown, called ‘Investment Pathways’. The new scheme aims to make people think about where their pension savings should be invested, and how leaving it in cash (which typically won’t keep up with inflation) could mean they end up running out of money in retirement.

The new rules are specifically designed to protect consumers who don’t take regulated financial advice, and who are therefore at greater risk of making  the wrong decisions about their pension investments.

Here’s what you need to know.

Pension savers who decide to take all or part of their pension fund via drawdown, or to transfer from one drawdown plan to another, will be presented with four different objectives by their pension provider, and will be asked to decide which one applies to them. This will then determine which ‘investment pathway’ they should follow.

The four objectives are:

Pension providers will have to provide a default investment solution for each of these objectives and must clearly explain what the charges for each solution are.

The pathways have been implemented because there is evidence to suggest those who don’t seek advice might not make the best investment decisions. For example, research conducted by the FCA found that one in three savers that choose income drawdown without taking advice were holding all their money in cash, the purchasing power of which is eroded over time by rising living costs, or inflation.

According to FCA estimates, someone who wants to draw down their pension savings over a 20-year period could potentially increase their expected annual income by 37% by investing in a mix of assets rather than just cash, although of course this is not guaranteed and your pension savings could fall as well as rise in value.

Becky O’Connor, head of pensions and savings for Interactive Investor said: “A reluctance to leave the comfort of cash is ironically one of the biggest risks to pension pots for those approaching retirement, as it can result in the loss of thousands of pounds of potential investment growth.

“The Investment Pathways initiative could help coax people out of cash, but at minimal risk. Over time, it may encourage people to take more interest in where their pension is invested. With people working for longer, it’s more important than ever that people don’t de-risk their portfolios too early – retirement pots must be built to last. At the moment, with interest rates so low, far too many are being eroded by inflation.”

Find out more about where your pension is invested here.

Where to go for advice

Although Investment Pathways should help provide pension savers with more of a steer as to where to invest their pension pot, you’ll need to seek financial advice if you want options that are specifically tailored to your individual requirements.

Jonathan Watts-Lay, director at WEALTH at work, a specialist provider of financial education and guidance in the workplace, said: “These Investment Pathways are incredibly broad categories and whilst better than nothing, it is much better to make proactive decisions about your retirement based on your own unique circumstances.

“These pathways are designed for those who do not take regulated advice, however I urge everyone to consider whether they should take advice; particularly if they have pensions and other savings which are worth tens of thousands of pounds. Whilst there is a cost to taking advice, research shows that people are often better off when they do.”

If you’re 50 or over and have a defined contribution pension, you can get free guidance available on the options available to you from the Government’s Pension Wise service. However, if you want personal recommendations or advice about your specific circumstances, you’ll need to seek professional financial advice. You can find a local financial advisor on VouchedFor or Unbiased, or for more information, check out our guides on How to find the right financial advisor for you or How to get advice on your pension.

If you think you might be interested in speaking with a financial advisor, VouchedFor is currently offering Rest Less members a free pension check with a local well-rated financial advisor. There’s no obligation, but once you’ve had your check, the advisor will discuss the potential for an ongoing paid relationship if you think it might be useful to you.

Do you think having investment pathways will encourage you to think more about where your pension savings are invested? We’d be interested to hear your views. You can join the money conversation on the Rest Less community or leave a comment below.

If you’re considering getting professional financial advice, VouchedFor is offering Rest Less members a free pension check with a local advisor. There’s no obligation but once you’ve had your review, the advisor will discuss the potential for an ongoing relationship if you think it might be useful to you. 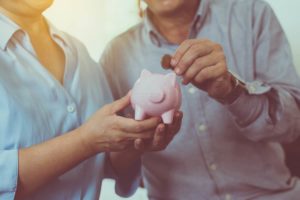 Everything you need to know about SIPPs 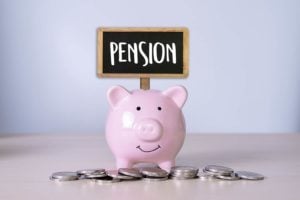 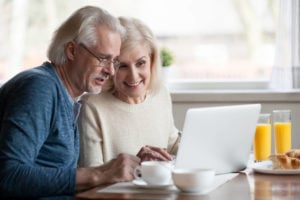 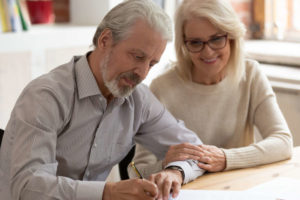