Women and the gender pension gap

Despite significant progress having been made in closing the gender pay gap in recent years, millions of women are still on course to end up with much less in their pensions than men.

Current estimates from trade union Prospect suggest that the difference between the pension pots built up by men and women over their lifetime is 40.3%.  According to separate analysis by the Pensions Policy Institute, this means that by the time they reach retirement, the average UK man holds a pension pot of £157,000 compared to just £51,000 by women.

It is a subject that has impacted, and will continue to impact, the lives of millions of women and, understandably, causes huge stress for so many.

Here, we explain in more detail what the gender pension gap is, the issues that have created it and what can be done about it.

What is the gender pension gap?

The gender pension gap is the difference between the amount held in pensions by men and women. Estimates on how big the gap is varies depending on people’s location and the age range being measured. For example, pensions advisor Profile Pensions claims that for those aged between 22 and 66 the gap can typically range between 30% and 50%, but on average for people who are in their mid sixties, the gap is generally around 40%.

The gap is most prominent for women who have taken a career break, often to raise a family or care for elderly relatives. During this time, it is often impossible to afford to pay into a private pension, and they will need to claim either Child Benefit or Carer’s Allowance to provide their National Insurance Credits which will make sure they get as much State Pension as possible.

For many people their pension income is made up of 51% state pension and 49% private pension. While not all men experience the considerable pension wealth we outline above, there is a larger proportion of women who have very little in either their private or State Pension pots.

Why does the gender pension gap matter?

The gender pension gap is something that directly affects millions of women across the UK and is putting them at an increased risk of facing poverty during their retirement years.

The gap itself is not a new problem, and in the past it was more likely to be bridged by shared pension income with a partner, but there are a number of factors that make it a bigger risk now than in the past. These include changing pension schemes, fewer people owning their homes by the time they retire, an increase in divorce rates and a high proportion of women outliving their partners. When these factors are combined, the gap is increasingly becoming a major concern for women approaching retirement, and who may not be able to rely on financial support from a partner or husband.

It is an issue that crosses generations. The gap often begins in earnest when a woman is in her 30s, as this is often the time that women take time off to raise a family. Many women’s pension pots do not recover from this time, with Pensions Policy Institute data showing that there are currently 1.2m women in their 50s who have no private pension wealth. While there are things a woman can do to try and mitigate the impact of the pension gender gap there is no structural protection against this at the moment.

The pensions landscape has changed over recent years and women have been heavily impacted by the changes, both from increases in state pension age and changes to the minimum threshold for auto enrolment. There are concerns that women are disproportionately suffering and while there are charities and organisations that are focusing on this issue, there is currently no legislation in place to protect their interests.

How has the gender pension gap come about?

The reasons behind the gender pension gap are numerous and complicated, but some of the main reasons for it include:

In the UK, there is a heavy, and often unspoken, dependence on women for unpaid work such as childcare or caring for relatives. This means that while more women are now working than 40 years ago, only one in five women in the UK currently works full time, according to research by the London School of Economics. Instead, many choose to work part-time, or in flexible roles that give them time to care for their children or relatives.

The impact of these different working patterns means that women are often lower paid, might not qualify for their workplace pension scheme, or have gaps in their private pension contributions. They may also not accrue enough National Insurance qualifying years to provide them with a full State Pension

Although, as previously mentioned, much has been done to help narrow the pay gap between men and women, women still are generally paid less than men, with the UK gender pay gap currently sitting at 15.9%. There are, of course, always exceptions to the rule, but historically this means that women have been unable to save as much into their pensions as men.

The difference in working patterns has a knock-on effect for the pay gap, with many women undertaking part time roles, there are certain lower paid occupations which are over-represented by female employees, such as administration, cleaning and caring.

As with the pension gap, the reasons behind the gender pay gap are complicated and while it is now closing as a result of regulations introduced in 2017, for many women who have already reached retirement age, or are heading towards it, these initiatives are unlikely to make a difference.

Historically, women have not participated in workplace pension schemes as often as men. The reasons are twofold. For a long time there was inequality in the schemes available to men and women, and often women didn’t qualify to be part of the scheme, which has had an impact on current retirees. Additionally, given women were typically on lower incomes, participation in a pension scheme may have previously been of less interest.

The introduction of auto enrolment in 2012 has improved participation rates further, and there is a hope that workplace and private pension pots will account for the majority of people’s pensions by 2050. Although many women who work part-time may not meet the minimum income of £10,000 to qualify for auto enrolment, it is still possible to join your company scheme if you want to. You can find out more about this in our article Can I join my workplace pension scheme if I’m on a low salary?

What is being done to close the gender pension gap?

In January 2021, a motion was tabled by 60 MPs to examine the gender pension gap and its impacts and begin conversations on how to close it. The motion recognises that while gender equality in social security is the goal, there needs to be recognition that women are not protected during some key stages of life and that the current pension system is not geared towards women’s lives.

While this motion is in the earliest stages of being brought before parliament, and may be too late for those aged in their 50s, 60s and beyond, there are a number of things that you can do to boost your pension pot, and if you have retired, find support to help you make ends meet.

How can you boost your pension?

If you haven’t yet reached retirement age and are worried about having a small pension pot, there are things you can do to boost your pension savings.

If you have no retirement savings, our article Saving into a pension for the first time can provide you with some information on how to start building your pension pot.

If you are in a relationship and you are not working or are taking a career break, your partner may be able to contribute to your private pension pot. Our article, Can my husband or wife pay into my pension – or can I pay into theirs? explains how to do this.

What can you do if you can’t save enough into your pension?

If you aren’t able to save enough into a pension then you will probably need to rely on State Pension for financial support during retirement. The full state pension is £179.60 per week (2021/22), which works out to just over £9,300 per year, but not everyone will qualify for this full amount.

If you do not have enough qualifying years, you are able to buy them in retrospect. To do this you will need to buy ‘voluntary class 3 NI contributions’ to make up your record. You can buy up to 10 years’ contributions and the rate is £15 per missing week of NI contributions, so it’ll set you back £780 for a full year. This will boost your pension by just under five pounds a week, or around £250 a year.

Check if you were contracted out

If you’re intending to rely on your State Pension as your primary source of income when you retire, it’s important to check whether at any point you were contracted out of the Additional State Pension, otherwise known as the State Earnings-Related Pension Scheme or SERPS.

This is typically the same as or more than you would have got if you didn’t contract out, although the actual amount you’ll get will depend on how your pension has performed and it could be that you end up with less than you hoped.

If you spent time contracted out and qualified for the State Pension before 6 April 2016, you’ll be getting less or no additional state pension. If you qualify for the state pension on or after 6 April 2016 you’ll get a lower ‘starting amount’.

Check if you’re eligible for any benefits

It’s worthwhile checking whether you might be eligible for any benefits which you can use to supplement your State Pension. For example, Pension Credit is a means-tested benefit which you may be eligible to claim if your weekly income is below a certain level. Claiming Pension Credit may provide you with access to a range of other benefits such as help with housing costs, council tax or heating bills, so it’s well worth finding out if you qualify. Find out more in our article Pension Credit explained.

Do you feel that you have been affected by the pension gender gap, or are you looking at building your pension pot for the first time? We’d be interested in hearing from you. You can join the money conversation on the Rest Less community or leave a comment below.

If you think you might be interested in speaking with a pensions expert, Rest Less Financial Services is now offering our members a free Pension Health Check with a Rest Less Pensions Expert. 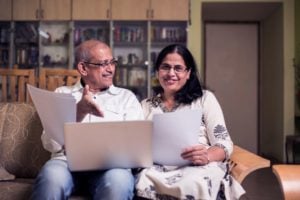 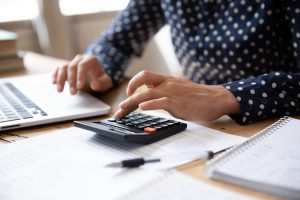 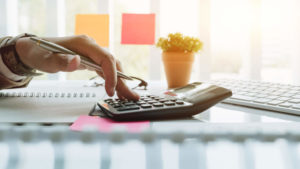 How do pension allowances work? 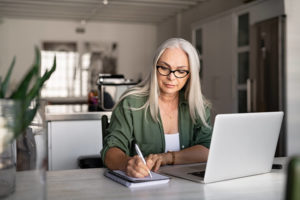