Endowment policies used to be the one of the most popular ways for people to save to repay interest-only mortgages, although many homeowners ended up facing a shortfall.

Here, we explain how endowment policies work, and what to do if you want to cash yours in or sell it before it matures.

How do endowment policies work?

An endowment policy is a type of contract that used to be widely offered by life insurance companies. It’s effectively a kind of life insurance policy that comes with the opportunity for investment and savings growth.

The idea is that you pay an agreed amount of money (“premiums”) every month or year for a set period of time. Part of this money is paid into a regular life insurance fund, while the rest is then invested. At the end of this term, which typically lasts between ten and 25 years, you will receive a payout, or “lump sum”. This will usually consist of a guaranteed minimum amount, called the “sum assured”, and then an additional amount based on how well the investments have performed over the years.

These policies generally come with an integrated life insurance element, meaning that if you were to die before the end of the term, a beneficiary of your choice would still receive a payout. Some policies also allow for payout in the event of critical illness.

Because they are suited to saving for a specific long-term goal, endowment policies were previously popular among homebuyers taking out interest-free mortgages. However, as the amount generated isn’t guaranteed to pay off the mortgage, and many homeowners have been left with a lower amount than was originally projected, this is no longer the case.

The main drawback of endowment policies is that with most plans your money is invested, and investments inevitably come with a risk factor. If your investments do not do well then you may end up with a much smaller payout that you had anticipated.

This occurred on a widespread scale between the late 1980s and early 2010s. The 1980s housing boom prompted many companies to offer contracts for endowment policies with optimistic expectations for how the investments would perform. However, the payouts (most of which were issued at the beginning of the 2010s, following 25-year terms) ended up being much less than anticipated. In other words, customers received a “shortfall” that they had not originally budgeted for, and many were left having to sell their homes or rethink their retirement plans.

What if I have an endowment policy I want to cash in early?

Cashing in your endowment early will typically result in a low payout and penalty fees, so shouldn’t be entered into lightly. Another option you may want to consider is reselling your policy to another party. Companies on the Traded Endowment Policies (TEP) market may be keen to buy your policy to build up their investment portfolios.

You can obtain a valuation for your with-profits endowment from the Association of Policy Market Makers here.

If you think you have been mis-sold an endowment

If you think that an endowment has been mis-sold to you, perhaps because your financial advisor didn’t explain that there was a risk you could face a shortfall, or your endowment isn’t due to finish until after your mortgage ends, you may be eligible to claim compensation.

You will need to complain to the advisor who sold you the policy, and they will have eight weeks to try to resolve your complaint. If they fail to do so within this timeframe, or you’re not happy with their response, you can then take your complaint to the Financial Ombudsman Service, which can look into it on your behalf. You can find out more about making a complaint in our article How to complain about a financial company.

Where to go for help

If you are currently paying into an endowment policy and thinking about making changes to it, or are worried about a potential shortfall, you may want to seek professional financial advice on the options available to you. You can find a local financial advisor on VouchedFor or Unbiased, or for more information, check out our guide on How to find the right financial advisor for you. VouchedFor also offer a Free Financial Health Check with a trusted, well-rated advisor in your local area so you can see if you think advice might be for you.

You can find out more about investing more generally and some of the risks involved in our article Investing – the basics.

Do you have any experiences of endowment policies which you’d be willing to share? If so, we’d be interested in hearing from you. You can join the money conversation on the Rest Less community or leave a comment below. 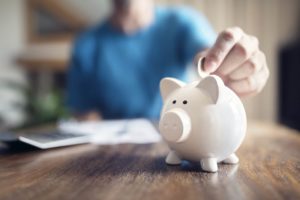 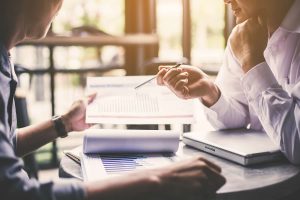 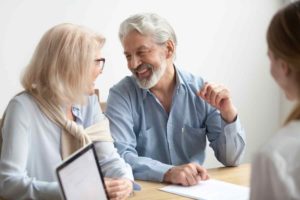 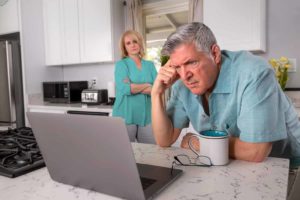