After a long and successful career in the radio industry, Phil Riley (61) and his business partner David Lloyd, decided to strike out on their own and launch Boom Radio: an independent national radio station that is specifically aimed at the baby boomer generation.

Phil, originally from Manchester, started his career in radio as a presenter and producer at BRMB – a local radio station based in Birmingham. However, a desire to be a successful businessman led him to study for his MBA at Columbia Business School in New York.

While in New York, Phil was captivated by the thriving nature of the US radio industry and decided that the radio might be the right business for him to sink his teeth into after all – a decision that led to a 30-year career as a radio executive.

Then in 1989, Phil returned to the UK, where he launched his very own radio station. Since then, he’s successfully brought the listeners of the UK at least one new radio station every decade – with two of the most notable being the original Magic station, and Heart radio.

Having then spent 40 years working in radio, Phil thought to himself, “That really is it, I’ve done everything there is to do in the radio industry. I shall head off into the sunset and enjoy a sort of pre-retirement.”

So, he did exactly that and, in 2019, Phil left the UK to spend some time at his villa in Mallorca. However, it wasn’t long until a new and exciting opportunity arose…

Phil tells us: “In the summer of 2020, my business partner, David, emailed me and said ‘What do you think about a radio station for baby boomers?’ He explained his belief that there was currently a gap in the radio market for a station that catered to an older audience. So, we worked on developing a proper business plan and model, and at that point, we thought, ‘This has got some legs to it.’ It’s been a rollercoaster ever since.”

And by “rollercoaster”, Phil means that Boom Radio has really taken off. Since its launch in February of this year, Boom has gathered more and more satisfied listeners:

“The response has been incredible. We’ve had thousands and thousands of people telling us how amazing Boom is and how it’s not like anything they’ve ever heard. We’ve tapped into a market for baby boomers. I’ve been launching radio stations my entire career and this is the best launch I’ve ever done because the response has been so good.

“The thing that jumped out when we were looking at the feedback was that the station made our listeners feel young again – which is great. What a powerful thing. If you could bottle that and put it in a moisturiser cream you’d be a billionaire!”

Phil explains why Boom radio is so unique...

Boom Radio is the UK’s first commercial radio station entirely dedicated to the baby boomer generation, which includes anyone born between the years of 1946 and 1964.

Phil says, “We thought that the baby boomers, especially those over 60, were pretty ill-served by commercial radio. They have migrated through commercial radio, through the ‘oldie stations’, and have now come out the other end.

“The biggest radio station for over 50s, by a mile, is BBC Radio 2. But we believed they’d started to target a younger audience of what they called ‘mood mums’ (women aged 35-44, who’re looking after families and have limited time and money). So, we began focusing on what we could do to satisfy an older audience instead and fill that gap.”

Explaining why Boom is so unique, Phil told us, “There are already music stations targeted at older adults, but they play 70s, 80s, and 90s music – like Madonna, Michael Jackson, Oasis, and Blur. We’ve found that our listeners usually couldn’t care less about the 90s. Our listeners want to hear 60s and 70s music, and even a bit of 50s. We do play some contemporary stuff, the odd 90s and 00s track, but only the stuff that we know our listeners will like.

“We’ve also found that many listeners also don’t like the repetition of typical commercial radio. The typical radio station has an active playlist of five or six hundred songs. The rationale for this is that they want to keep playing the big hits for the people who just dip in and out. If it’s too repetitive, then tough! Boom, on the other hand, has an active playlist of around 6,000 songs. We don’t want to give our listeners repetition, we want to give them surprises!”

Creating opportunities: “The presenters that we’ve got on the radio station who are in their 60s, 70s, and 80s probably thought that their last chance to get a gig on a national radio station had gone”

Phil explains that it isn’t just audiences that have “migrated through commercial radio”, but industry professionals, such as executives and presenters, too:

“I think, increasingly, people of my age, or on my end of the employment spectrum, get to a point where they think that exciting employment opportunities won’t come around again. At that point, you think, ‘What am I going to do? I’ve got to find something in my life that keeps me occupied and hopefully gives me some tangible return on my investment of time and/or money.’ But it doesn’t happen for everybody.

“The presenters that we’ve got on the radio station who are in their 60s, 70s, and 80s probably thought that their last chance to get a gig on a national radio station had gone.”

In Phil’s opinion, the lack of employment opportunities for older radio industry professionals and the fact that commercial radio fails to cater properly to over 60s, are one and the same problem:

“Radio stations are stratified by age. If you’re running a dance station aimed at 16-29 year-olds, then you’re not going to employ many over 60s. Instead, you’ll employ people who have a similar life experience to your listeners. So, if the baby boomer audience is being ill-served by commercial radio, then there is much less opportunity for the baby-boomer-aged industry professionals to gain employment.”

Explaining how Boom radio works, Phil tells us, “We are set up remotely. And, funnily enough, launching in the pandemic meant that we were almost forced into doing it that way anyway – a way that everyone could do it from home. But, although it has been forced on us, it has been a huge benefit.”

“Most people our age don’t want to be schlepping into an office five days a week with an hour and a half commute. We want to have the time to take longer breaks if we want to, to be able to go away for periods – or whatever it is we want to do. So we want work that fits into that. Of course, it’s difficult to find sometimes, but starting your own business is a great way of doing that because you can be in a bit more control.”

“I would encourage anyone with a good entrepreneurial idea to at least test it with friends. If it works, dive in and give it a go, because the truth is we’ve all got a lot of living left” 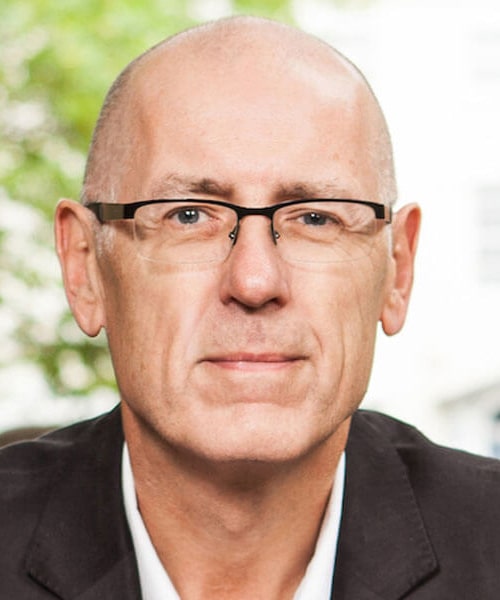 Although Phil has launched many successful radio stations, his business endeavours have always been, as he describes, “in-trepreneurial” instead of “entrepreneurial”. By this, Phil means that all of the previous stations he’s been involved with, have been within the confines of a corporate entity and with financial backing. However, what makes Boom special is that it’s the first time that Phil has struck out on his own:

“This is the first time I’ve done something like this completely from scratch. From raising the funds and naming the company, to setting up the whole thing – Boom is genuinely a bootstrap operation. It can be nerve-wracking because we’d have to find some more or go under if we ran out of money.”

“It’s a completely different mindset from working for a large corporation because, in that instance, there’s a large company behind you, financing you. In the case of Boom, it really is just us.

“We’ve got to make it work for ourselves, which our listeners have picked up on and love. It’s important to them that we are just a bunch of baby boomers, a bunch of old mates, trying to do something special.

“I would say that starting your own business is a great thing to do if you’re over 50. Most of us have a little more financial security, so we can afford to put a little cash into something – though I know that’s not true of everybody. We’ve also got life experience to draw on, and I think that we’re a little bit calmer about things when we get older. We take the rough with the smooth a bit more.

“I am certainly glad I did it and would encourage anyone with a good entrepreneurial idea to at least test it with friends. Go through the numbers with someone you trust and see if it’s going to work. If it does, dive in and give it a go, because the truth is we’ve all got a lot of living left.”

We asked Phil for his number one tip for entrepreneurial-minded over 50s looking to make their business idea a reality. He told us, “We raised our money through the Government’s enterprise investment scheme. It’s a fantastic scheme, and if you are thinking of being entrepreneurial, then those government schemes are designed to help people get businesses off the ground.”

You can find out more about the government’s enterprise investment scheme here.

Speaking about retirement, Phil explains that he doesn’t have any plans to do so in the immediate future. “Do I envisage running Boom in ten years?” he asks. “Not me personally. I’ll hand over the reins to someone else eventually. I’m really enjoying it now, but I’ve been doing this now for 40 years, so there will probably come a time when I take a back seat. What that entails, I don’t know.”

For now, however, Phil is dedicated to what he describes as the “big job” ahead of him. He and his team aim to focus on growing the Boom Radio operation and continuing to deliver entertaining shows and quality music for an under-represented demographic.

You can tune in to Boom Radio on DAB or online throughout the UK. For more information on how to listen, check out the Boom Radio website.

Have you tuned in to Boom Radio? We’d love to hear from you! Join the conversation over on the Rest Less community forum, or leave a comment below. 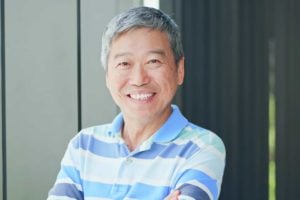 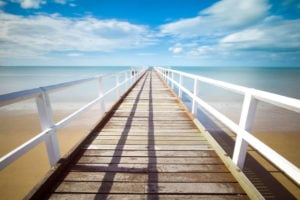 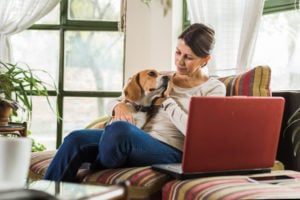 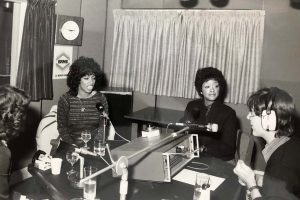