Prostate health over 50: Signs and symptoms to look out for

The prostate is one of the most misunderstood organs in the male body. Yet, prostate cancer is the most common cancer in men – with around 48,500 men being diagnosed in the UK every year.

Below, we’ll take a closer look at what the prostate is, how it can change with age, and what signs and symptoms you should look out for.

What is the prostate? 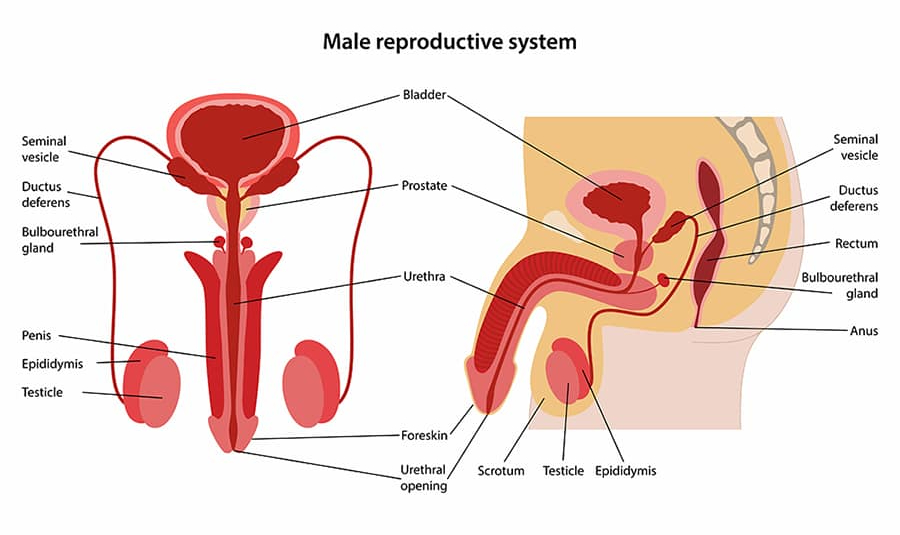 Only men have a prostate – and it’s a small gland, about the size of a walnut, that sits below the bladder and in front of the rectum. The urethra (the tube that carries urine and semen in men) runs through it.

The prostate gland is made up of muscle and glandular tissue, and its main job is to secrete a milky white alkaline fluid. This fluid nourishes and protects sperm from acidity in the vagina (which would otherwise destroy it), allowing sperm to reach and fertilise an egg. The fluid also contains a protein-specific antigen (PSA) which makes sperm more watery so it can be transported more easily.

The function and development of the prostate is determined by testosterone (also known as the male sex hormone). Testosterone plays an important role in a number of different functions in the male body including sperm production, sex drive, and muscle size and strength.

How does the prostate change with age? 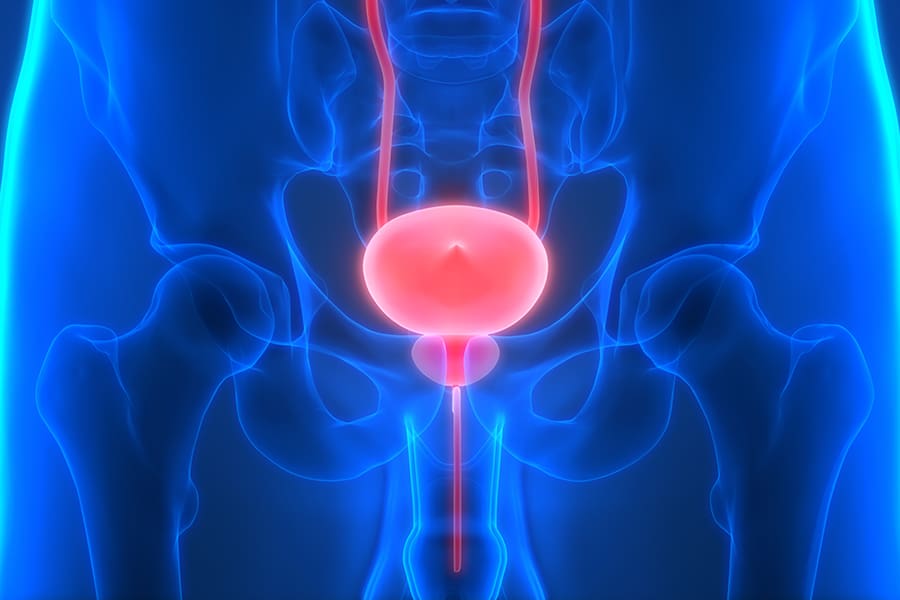 The prostate has two main growth phases – one during puberty when it becomes twice the size, and another when a man reaches the age of 25 (approx.). From the age of 25, it will continue to increase in size at a steady rate throughout a man’s life and may reach the size of a lemon.

It’s still not fully understood why the prostate continues to grow as men get older. Though it’s been suggested that it happens as a result of hormonal changes.

Prostate problems to look out for

Some men won’t experience any issues as their prostate grows with age. But The Urology Foundation says that 3.2 million men in the UK experience symptoms of benign prostate enlargement (BPE) or enlarged prostate.

BPE is more common in older men, and it typically describes what happens when the prostate gland puts pressure on the bladder and urethra as it grows – making peeing more difficult or frequent. It can also make it difficult to fully empty your bladder.

If BPE is affecting your quality of life, then it can be treated in a number of ways. For example, making lifestyle changes such as cutting down alcohol intake, drinking less before bed, and getting regular exercise, can help. There are also medications available that can reduce prostate size, and relax your bladder to make urination easier. Surgery is also an option, but will only be recommended in severe cases after all other treatment options have been exhausted.

In some cases, BPE can cause complications, such as a urinary tract infection (UTI) or the inability to pass urine at all (acute urinary retention or AUR). AUR can cause severe pain and swelling in the lower tummy. If this happens, you should attend your nearest A&E department straight away.

BPE is not related to cancer and the NHS highlight that having the condition does not mean that you are more likely to develop prostate cancer. Though BPE is not usually a threat to health, the uncomfortableness of it can place a strain on daily life. Many men also find it embarrassing, and can experience a loss of self-esteem as a result.

Some symptoms of BPE can also be similar to those associated with prostate cancer (such as an increased need to pee). For this reason, if you experience any changes at all in your urination habits, then it’s important to make an appointment with your GP who can investigate further. 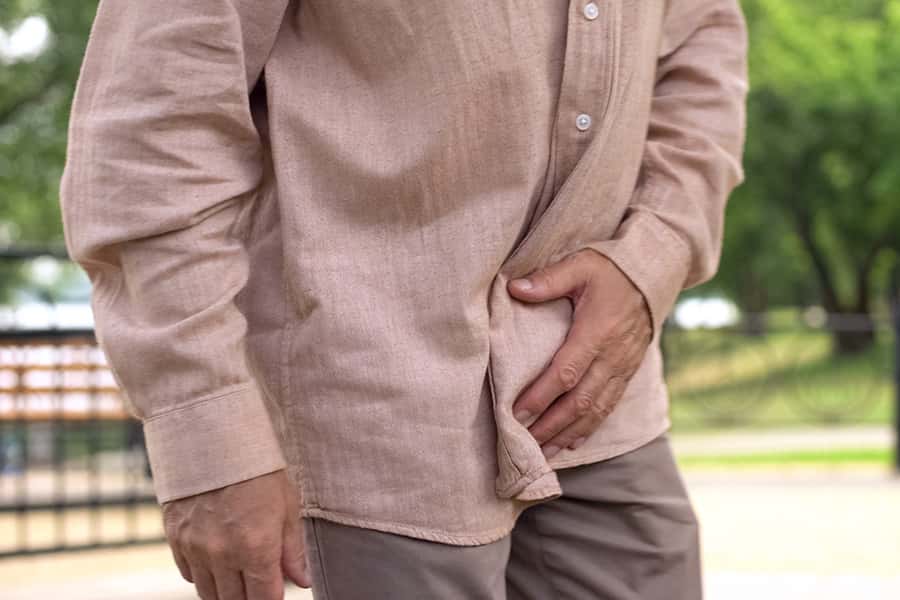 Prostatitis can occur at any age, though it’s most common between the ages of 30 and 50 – and the acute form of it affects one in every 10,000 men.

Symptoms of prostatitis can include:

If you have symptoms of prostatitis (particularly if they are sudden or severe), then you should make an appointment with your GP who will ask you some questions and examine your stomach (and possibly your rectum to feel for anything unusual). They might also ask you for a urine sample, as this can show up signs of infection. If your GP is unsure about the prognosis, then they might want to rule out other conditions by sending you to a specialist for more tests.

The bacterial infection that causes prostatitis can often be cleared with a course of antibiotics (usually tablets) – or if you are particularly unwell with prostatitis then your doctor might recommend that you have antibiotics in hospital through an IV drip.

Alpha-blockers might be given to men with chronic prostatitis to make peeing easier – as they can help to relax the muscles around the neck of the bladder. 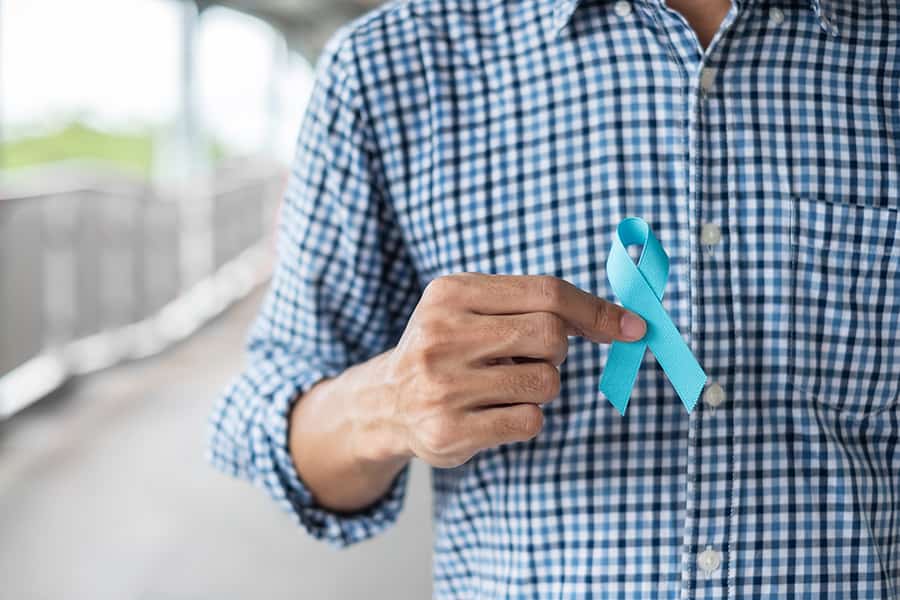 As previously mentioned, prostate cancer is the most common cancer in men (with around 48,500 new prostate cancer cases in the UK every year), and though the causes are largely unknown – what we do know is that most cases are seen in men over the age of 50. The risk might also be higher in obese men, men who have a brother or father who has had the disease, or in black men (1 in 4 chance, compared with the 1 in 8 chance that other men have).

Prostate cancer develops slowly over a number of years, and there may be no symptoms at first. Symptoms often won’t appear until the cancer has grown to a size where it is putting pressure on the urethra and causing issues with urination.

Signs and symptoms of prostate cancer to look out for, include:

Having these symptoms does not necessarily mean that you have prostate cancer, but it’s crucial to make an appointment with your GP who can run some tests, and help you get to the bottom of what’s going on.

The first step will usually be to have a PSA test. This is a blood test, which will measure the amount of protein-specific antigen (PSA) in your blood. This protein is made in the prostate and can make certain indications about its health. High levels of PSA can indicate that there’s a problem (though not always cancer). Your doctor might also do a urine sample, ask you to keep a bladder diary, and/or do a physical examination of your stomach area, penis, and prostate (which can be felt through the wall of your rectum).

The reason that PSA tests are not given routinely to all men is that although they can help to detect cancer in some cases, they can also miss cancer or produce a false-positive result. This can lead to false reassurance if there is cancer, or extra tests (and worry) if there’s no cancer. PSA tests also can’t distinguish between slow and fast-growing cancers. Some slow-growing cancers can be actively monitored for years and never cause any problems – so not being able to provide more early detailed information for patients about their prognosis can cause unnecessary worry.

However, whether you have symptoms or not, it’s important to note that you are still entitled to a PSA test in the UK if you are over the age of 50, and are aware of the pros and cons of testing.

If you have a PSA test and your levels are raised or your doctor is concerned about the results of any other tests or about your symptoms – then they may send you an MRI scan of your prostate to confirm whether there’s a problem. If the scan shows anything abnormal, then a biopsy will be able to determine more about what the problem is, and whether cancerous cells are present.

To find out more about how prostate cancer is diagnosed, and what tests are used, it’s worth having a look at this information from Prostate Cancer UK.

The prognosis for men with prostate cancer is usually good (and may not shorten a man’s life) if it hasn’t spread beyond the prostate. Treatment will usually depend on factors such as age and prognosis, but can include options such as active surveillance, prostate removal, radiotherapy, chemotherapy, and hormone therapy.

How can I improve my prostate health? 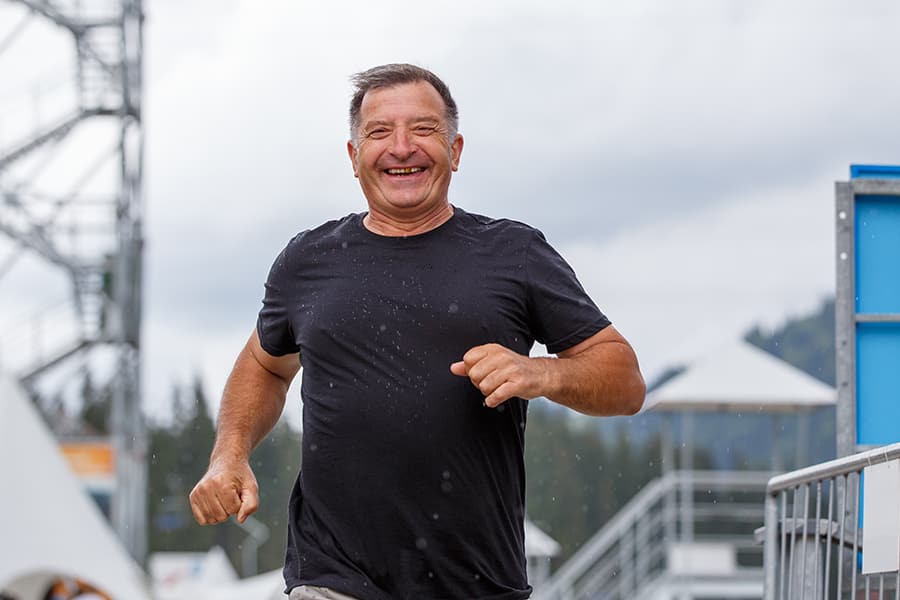 Lifestyle is particularly important, as the risk of developing the disease is higher in men who are overweight or obese. So by making healthy food choices, and getting regular exercise, you can help to maintain a healthy weight and lower your risk. When it comes to diet you might want to have a read of our articles; 12 healthy recipe ideas, 10 popular diets to try, and 12 essential vitamins that your body needs.

Or if you want to start being more active and are in need of some inspiration, then our articles; 10 different sports and activities to try, and The importance of building strength and balance in your 50s and 60s, will hopefully give you a few ideas.

Both men and women sometimes find it difficult to approach their GP if they feel something isn’t right with their health. This could either be because they don’t particularly like medical environments, they don’t want to bother anyone, or they have had a negative experience with a GP in the past (such as being dismissed or misdiagnosed). If this sounds familiar, then try to keep in mind that though going to the doctor is rarely favourable for anyone, it’s one of the most important things we can do for our health.

In the case of prostate cancer, it’s usually treatable if caught early. So you should always make an appointment with your GP if you have any of the symptoms listed in this article – or if you don’t have symptoms but are over 50 and would like to have a PSA test. Symptoms don’t necessarily mean that something serious is going on, but it’s always best to get this confirmed by a doctor.

If you’ve had a negative experience with a particular doctor in the past, then you can always request to see someone else. You can also request to see a male doctor if preferred. Some men might also choose to go private – you find information about 20,000 different private health professionals in this directory from Private Healthcare UK.

Where can I find more information about prostate health?

Do you (or have you had) any prostate problems? Do you have any tips, advice, or experiences that you’d like to share? Join the conversation on the men’s health section of the community forum, or leave a comment below.

Get inspiration for your next walk with Country Walking, practice self-care with Planet Mindful, read your favourites or discover something new! Try 2 months free with your exclusive Rest Less offer today.