Depression and suicidal thoughts in men: Where to turn for support

Across the globe, on average, one man dies by suicide every minute of every day (Movember). And in the UK, the highest rates of suicide are in men aged 45-49.

It’s often believed that higher suicide rates among men come down to a lack of communication – with 84% of UK men saying that they bottle up their emotions, and almost half saying that they suppress their feelings often or at least once a day (YouGov 2017).

This is reinforced by the fact that men are 32% less likely than women to seek mental health help from a doctor. Alcohol is also a risk factor for suicide, and men are twice as likely to binge drink than women.

While communication might come less naturally to many men, research has shown that acknowledging and talking about suicide can help to reduce it and start people on the road to recovery.

Justin, whose story is featured on the Movember website, is an example of this. He hit rock bottom after losing his job and felt that the world was better off without him. It wasn’t until he had some heartfelt conversations with friends and family that he finally began to take steps forward, and change the direction of his life. He said, “In truth, there are a lot of blokes out there doing it tough, but the tragedy is, we don’t talk about it. It’s time we started.”

If you’re feeling depressed, hopeless, or like your life’s not living, then please know that there is help out there for you – you don’t have to suffer in silence. It’s always possible to find a way out.

Why am I having suicidal thoughts? 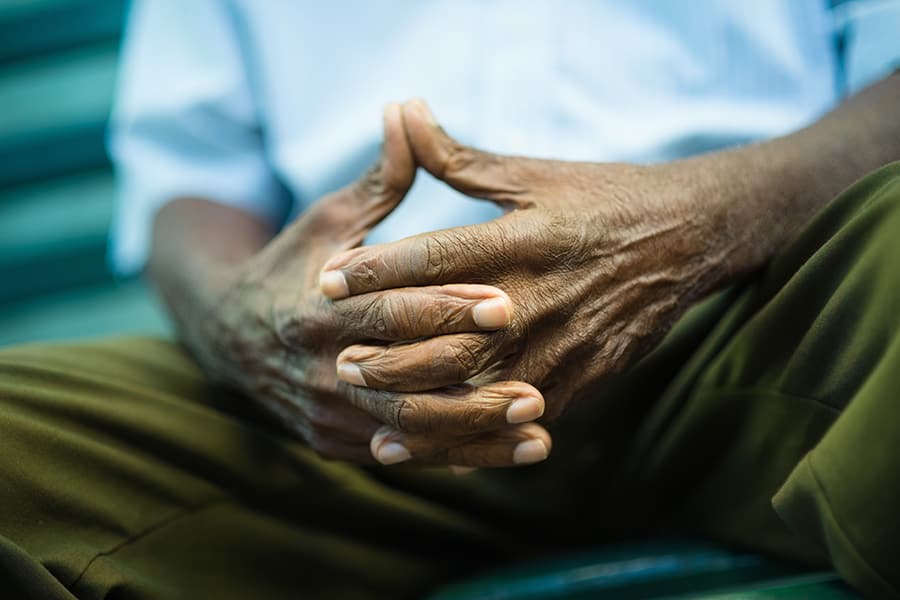 Suicidal thoughts or feelings can come on if you’re feeling low and/or sad – often because these feelings have become very intense, and you are struggling to cope with the weight of them. Having these thoughts does not make you weak or flawed, it simply means that you’re feeling more pain than you can cope with at the moment.

There could be many reasons for this pain. For example:

When you just want the pain to stop, you might feel as though ending your life is the only way out. But suicidal thoughts are only temporary, and with time and support, you can work through your pain and feel okay again.

Things to remember if you’re having suicidal thoughts

Sometimes feelings of sadness or hopelessness can be so great that focussing on anything else or seeing an end to what you’re going through feels impossible. But try to keep the following thoughts in mind:

A message for men by men

Note: This video might be difficult to watch if you are feeling down.

The video above is hosted by Brighton SOS services who have a number of support groups available. If you’d like to find a support group near you then you can do so by clicking here to visit the relevant page on the Rethink Mental Illness website.

Steps to take if you’re having suicidal thoughts 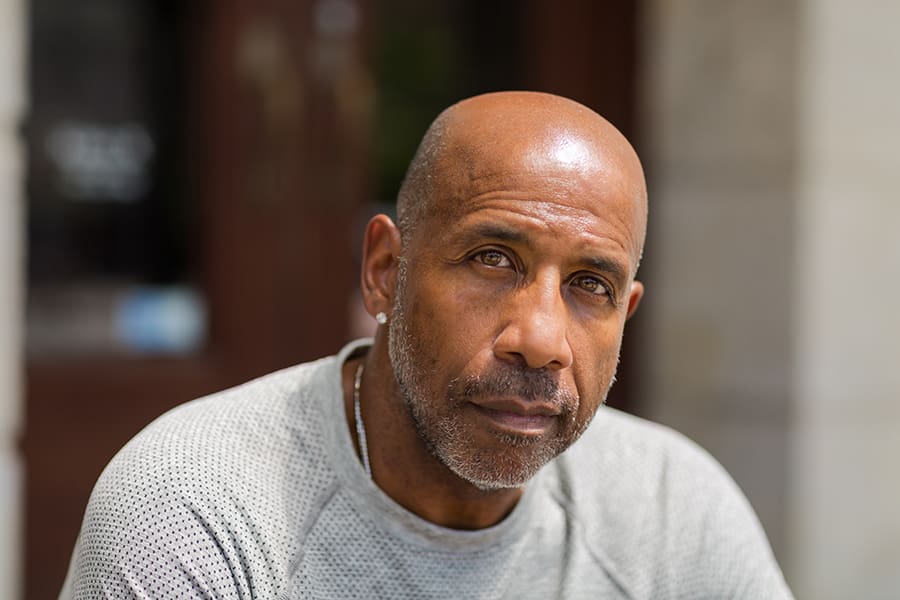 As well as keeping the thoughts above in mind, there are also practical actions you can take to overcome suicidal thoughts.

Every Life Matters reminds that if you are ever thinking about hurting yourself, then you should hold off, press the pause button, and just not make any decisions right now.

There’s a big difference between thought and action, so place some distance between the two. Accept that you are thinking of ending your life, but promise yourself that you won’t do anything right now. And in the meantime, speak to someone you trust.

2. Speak to someone you trust

You don’t have to suffer in silence. Find someone you trust to talk to about your feelings, whether it be a friend, therapist, family member, doctor, neighbour, or helpline counsellor. Talking about how you’re feeling can give you a chance to get things off your chest and relieve some pressure.

It can also help to lead you to a solution to your problems. Just because ending your life seems like the only option, this doesn’t mean that there are no other solutions – it just means that you can’t see them yet. Pain can cloud your thinking and make it difficult to see a way forward, which is why connecting with others can help. Sometimes others can show us the way when we feel lost.

If the person you’ve chosen to speak to doesn’t understand, then don’t take this as a sign that your feelings don’t matter – because they do. Instead, speak to someone else.

Sometimes reaching out can feel uncomfortable and embarrassing, and you might be worried about showing your vulnerability to others, but there’s no shame in asking for help. You have a lot to offer, so don’t give up on yourself or underestimate your value in the world – you still have time.

Emotions generally can become heightened when you’re using drugs and alcohol, so it’s important to stay away from them if your mood is low and/or you are thinking about ending your life.

Though it can feel tempting to try to mask your pain with drugs and alcohol, this can actually just make suicidal thoughts stronger.

If you are thinking about hurting yourself, then remove anything from your home that might enable you to do this.

If you feel unsafe and you don’t trust yourself, then go and stay somewhere where you do feel safe, such as with a friend or family member.

5. Create small goals for yourself

Creating small goals for yourself can help to distract you from suicidal thoughts and give you some purpose.

It’s important that the goals feel manageable, and not overwhelming. They could include things like getting out for a short walk, making yourself a meal you’ve enjoyed in the past, or phoning someone who you are particularly fond of. Try to set yourself one small goal a day.

No matter how hopeless, sad, or alone you are feeling, it is possible to work through these feelings and come out the other side.

You might not feel better straight away but with time and some support, you can. Just remember that you don’t have to struggle on your own, and no one expects you to.

Self-care can be a helpful way to start feeling better, even if it’s the last thing that you feel like doing.

To start with you might feel as though you are going through the motions by tidying up your beard or making time to exercise. But in time, you might begin to enjoy these activities and enjoy taking care of yourself.

8. Even if suicidal thoughts have passed, speak to your GP

Even if suicidal thoughts have passed, you might still be feeling depressed or anxious, so it’s important to speak to your GP, who can talk you through your options. This can help you to get things under control, so that suicidal thoughts are less likely to come back.

Depending on what you are feeling at the time, they might discuss medication with you, refer you to a psychologist, or suggest groups that you could attend for support.

Where to turn for help and support if you feel suicidal 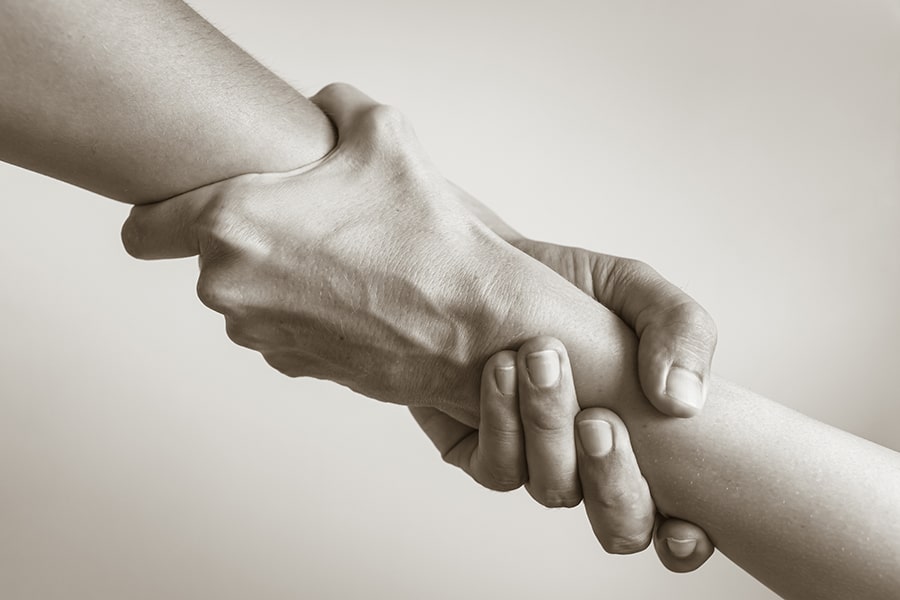 If you feel that you are unable to do this yourself, then please ask someone to do it for you.

Movember has come up with four simple steps (known as ALEC) that you can use to have a helpful conversation with a man in your life who might be struggling.

It’s also worth reading the information below from Rethink Mental Illness, which looks at why someone might think about suicide and how you can help them – as well as how you can look after yourself if you’re supporting someone else.

Read more about how to help

Have you struggled with suicidal thoughts? Do you have any tips that could help someone else? Leave a comment below, or join the conversation on the men’s health section of the community forum.

Get inspiration for your next walk with Country Walking, practice self-care with Planet Mindful, read your favourites or discover something new! Try 2 months free with your exclusive Rest Less offer today. 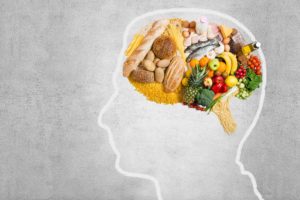 10 foods to boost your brain health 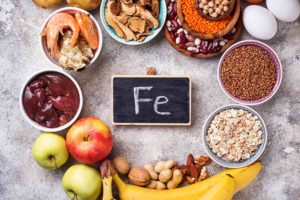 Iron: what it is, why it’s important & how to make sure you’re getting enough in your diet 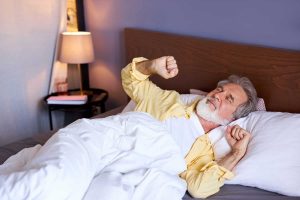 What are the best and worst sleeping positions? 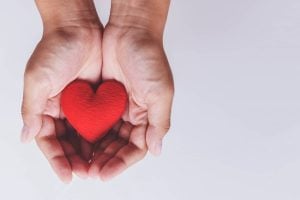 11 important health checks for over 50s