Exercise: for your mind, body and social life

In a large church hall, at the centre of a bustling town centre, Dancercise teacher Yvonne Brayshaw is preparing for the arrival of her class; 24 women of varying ages, from different backgrounds and walks of life. She chats to me as she straps on her heeled dance shoes and says “My advice to anyone who isn’t sure about joining a class is to just go for it because everyone is scared at first. It gets better.”

Yvonne explains that Dancercise is an “umbrella term” for any exercise class that is choreographed to music and linked to a particular category of dance, for example, zumba, jazz, theatre or contemporary. Yvonne has chosen to run theatre-inspired dance classes and says “I aim to provide a full mind and body work out with a showbiz, adrenaline kick.” Her routines are designed to target specific muscle groups i.e. to build core strength, and also leg strength and stamina.

“There’s just a few ‘go easy’ techniques I introduce to provide an alternative option for anyone with knee or joint problems. But, my class is ageless”

Yvonne says her class members happen to be over 50, but that she would still use the same dance routines for classes of people in their 20s, 30s and 40s. She continues “The only things to be aware of are health and safety. There’s just a few “go easy” techniques I introduce to provide an alternative option for anyone with knee or joint problems. But, my class is ageless.”

I hear a cheerful greeting from across the hall and realise that the first member of the class is here. She introduces herself as Rosa and gets to work helping Yvonne set up the music and stack hats at the side of the hall (I’m told these will act as dance props later). At 85, Rosa is one of the oldest members of the class and she laughs as she says “I like the structure of the class and I don’t find it difficult at all. I think it’s funny when people assume us “oldies” can’t do anything.”

“I joined Dancercise for the company. I’m a widow and this class has been my salvation”

There’s still fifteen minutes to go until the start of the class. The members continue trickling in and the noise level goes up as they chat excitedly in pairs or groups along the sides of the room. As I walk around the hall, I feel first hand what it must be like to be a complete newbie; its slightly daunting, but the members instantly welcome me into their conversations and make me feel at home.

I strike up a conversation with a woman named Francis, who looks no older than 50 but doesn’t want to disclose her real age. She tells me “I’ve been coming to Dancercise for 3 years now and I love it. I still feel about 20 years old and I’ve started teaching my grandchildren how to dance.”

Around the hall, it becomes clear to me that Dancercise is more than an opportunity to get fit; it’s a chance to make genuine friendships. Each member has a unique story about how Dancercise prevented them from becoming socially isolated during retirement.

Marilyn started coming to the class when she was 68 and had just moved into the area. She lives alone, was keen to make local connections and has since made friends for life. She explains,”I attended the class as a way of overcoming my fear of meeting new people and  getting back into exercise.”

Mary, 79, also laughs as she tells me that her and some of the members often go to the pub after class, “but only for coffee, of course!” whilst Doris, 85, says “I joined Dancercise for the company. I’m a widow and this class has been my salvation.”

Benefits for the mind and body

As the class begins, 24 women space out across the hall floor (still huge smiles on their faces), and wait for instruction from their teacher. I’m tempted to join in, but the class is full and Yvonne has a strict numbers policy in place for health and safety, with a waiting list currently in place. She starts with stretching and deep breathing exercises, explaining that these are to warm up the muscles, relax the mind and boost concentration.

Next, Yvonne takes the class through a series of routines designed to exercise not just the body, but the mind. She explained earlier, “Dance routines and stepping require counting, moving in different directions and keeping in time. This requires thinking and concentrating which helps to keep the brain active.” To keep things fresh and stop her members becoming bored, she also choreographs new routines each week. The women are all perfectly in sync as they dance and a mixture of pride and confidence is written across each of their faces.

Yvonne gives the class a 5 minute break part way through the hour, and Alex, 63, who was positioned at the front, comes to talk to me. She explains how much Dancercise has helped her “stay active and tone up” since undergoing spinal surgery several years earlier. She says, “I was so nervous coming here to start with, but everyone is so friendly and sociable.”

When the second half of the class is due to start, Yvonne shouts “places everyone!” as everyone moves towards the centre of the hall and the chatter dies down. She then smiles and shouts “get your hats ladies!” and a low buzz starts up again as the ladies hurry towards the stack of hats at the side of the room, chatting as they go. The hats act as theatrical props in their jazz routines performed to songs by Michael Buble. The women look like natural performers and have an infectious energy; watching them, I couldn’t help but want to join in.

At the end of the class – after the stretch and cool down – several of the women, including Yvonne, start heading upstairs for coffee. True to their friendly nature, they invite me to join them and once upstairs, Yvonne reveals the therapeutic nature of the class. She says “We’ve become a tight knit group who support each other through illness and sad times. We’ve become a bit like a family.” She looks thoughtful as she tells me how “immensely proud” she is of her class and explains how volunteering as their teacher has helped her keep busy during her own retirement years too.

Dancercise is more than just a class

Yvonne says that her aim for the  class is that they “leave each week with a smile on their face and a good sense of achievement”. Scanning the cafe, I can hear people arranging meetups outside class and every single person looks relaxed and content. It seems that for most members, Dancercise is more than just a class. It’s an injection of positivity that sets people up for the week – it shouldn’t be overlooked how valuable this can be.

If you want to get more physically active, why not join a local class or gym? There’s a wide range of activities available, including everything  from dance to swimming, and you’re bound to find something that’s right for you.

Not sure where to start? You can try searching for activities in your local area on a specialised website such as www.classfinder.org.uk. 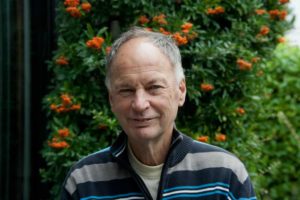 Han, 83, on entrepreneurship and winning EUR 10K funding for his app which keeps elderly people and their families connected 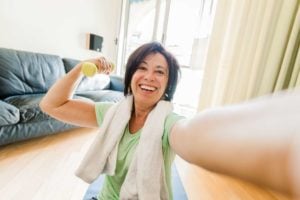 5 steps to staying fit from home 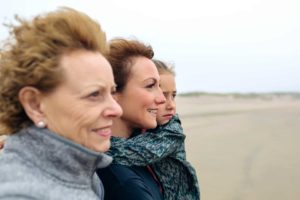 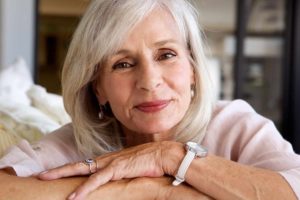