Dealing with debts when someone dies

If a family member dies and they owe money, how do you sort it out and do you have to pay their debts?

Lots of people think that debts die when the person does. But that’s often not the case. Debts usually need to be repaid and that could mean that the house there person who has died lived in (if they owned one) has to be sold.

Here, we explain how to deal with debts when someone dies.

Who’s responsible for paying the debts of a person who’s died?

If someone’s died and there’s a will, the executors will be responsible for paying any debts. If you are an executor, you’ll need to take the following steps:

Step one: Find out if there are any payment protection insurance (PPI) or life insurance in place that will pay off credit card debts or loans if the person dies.

Step two: If regular payments are being made, to a loan, mortgage or credit card, for example, these should be stopped unless it’s a joint loan or mortgage.

Step three: Find out what rights companies may have to ask for a debt to be repaid. Depending on the company involved and the amounts owing, they may write off the outstanding debt, even where they have a legal right to ask for it.

Step four: The company should ask for payment via the executors (if there is a will) or the administrators if there is no will. If there’s not enough money in the estate (cash, property and other assets left behind by the person who died) to pay all the debts, the executors should try and reach an agreement with the companies that are owed money.

These credit agreements aren’t linked to your house (or another asset). But that doesn’t mean that they don’t have to be paid back.

Credit cards and personal loans: The bank or credit card company can ask for the outstanding debt to be repaid. These debts don’t die with you. But, unless it’s a joint loan, the bank or card company can’t ask anyone else to repay the debts out of their own money.

You can’t have a joint credit card in the UK. Unless your name is on the credit card agreement, you’re not liable for the debts, even if you had a credit card attached to that account.

Mortgage and rental costs may have to be paid, either from the deceased person’s estate or someone else if there’s a joint mortgage or rental agreement in place.

Mortgage: If the mortgage is in the sole name of the person who died, the outstanding mortgage would have to be paid. That may mean that the executors have to sell the property. It is something that a mortgage lender could force the executors to do, although they should give you time to sort out the legalities and to put the property on the market.

Rent: If the rental agreement was in the name of the person who died, the rent should be paid from the estate. The tenancy may be able to be passed onto members of the family, even if it’s only in one person’s name. Talk to the housing charity Shelter or Citizens Advice if you’re not sure what happens. If the tenancy is in joint names, the survivor must continue to pay the rent.

Different household bills are treated differently – it all depends on which bill it is and, to some extent, the approach of the company.

Council tax: This is unusual because, unlike most bills, the council can ask the husband, wife or partner of the person who died and who was living with them to pay any money owing – even if their name wasn’t on the bill. If you’re living with someone who dies and your name isn’t on the council tax bill, the council would have to send you a bill in your name.

If the person who died lived in the property on their own, the executors should tell the council. The property won’t be charged council tax while it’s unoccupied and until probate is granted. After probate has been granted, it may be exempt from council tax for another six months. It’s the executor’s responsibility to make sure that council tax is paid, although they’re not personally liable for it (namely, the money has to come from the deceased person’s estate).

Water bill: If you live in the property with someone who’s died, you are responsible for any arrears on the water bill, even if your name isn’t on the bill. 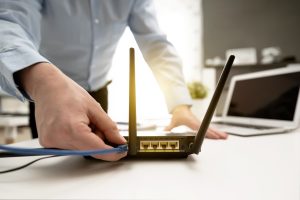 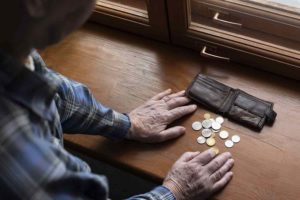 Managing your finances through a fall in income 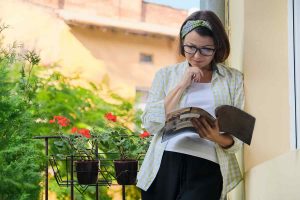 Are you losing money on subscriptions you don’t need?