Nearly 200,000 Workers Aged Over 50 Have Been Forced into Early Retirement Since The Pandemic Began

Nearly 200,000 over 50s have dropped out of the workforce and have become economically inactive1 since the Covid outbreak, according to new research from the over 50s jobs and community site, Rest Less.

Rest Less compared data from the Office of National Statistics in December – February compared with the most recent data from March – May. It found that the inactivity levels of people aged over 50 rose more than any other age group in this time period. Economic inactivity is an important measure as it shows the number of people falling out of the workforce entirely rather than just unemployed job seekers.

Rest Less’s analysis shows that there were 198,000 workers aged over 50 who dropped out of the workforce entirely and became economically inactive1 since the pandemic began – an increase of 1.4 per cent in the most recent period (March – May) compared with the beginning of the year (December – February). Economic inactivity declined in every other age group bar 35-49 year olds in which it rose by 1 per cent.

Stuart Lewis, Founder of Rest Less, commented: “Many of today’s over 50s now have to work until they are 66 before they can claim their state pension. In addition to the rapid increase in the number of over 50s who are claiming Universal Credit (a 93% increase since the beginning of this year), these figures come as an alarming additional warning as to the true impact of the pandemic on older workers.

‘In the wake of the toughest job market in decades, there has been a significant rise in the number of workers over 50 who have lost hope in finding a job and feel forced into an early retirement that many simply cannot afford. Sadly, these numbers are simply the canary in the coal mine: with the furlough scheme winding up and 2.5 million over 50s having been furloughed, we expect this to leave a permanent scar on this generation and their employment prospects.”

Lewis continued: “Age discrimination in the workplace was rife prior to the pandemic, and is only set to increase in the wake of the crisis. Older workers have powered UK employment and economic growth over the last 10 years: if we lose this generation from the workforce entirely, we risk losing valuable key skills and key workers from the workplace for good.”

Women aged over 50 have been hit hardest with nearly 100,000 leaving the workforce entirely since the beginning of the pandemic. The economic inactivity rates of all other female age groups fell apart from the over 50s which rose by 1.3% in March – May compared with December – February. The figure was highest amongst working age women between 50 and 64 whose economic inactivity levels rose by two per cent.

Lewis added: “The gender pay gap is at its widest for women in their 50s. Years of an earnings gap has led to a large pension savings gap between men and women which leaves many women in their 50s and 60s in a financially precarious position ahead of retirement.

‘In a tough labour market, it can be much harder for people to return to the workplace if they have been out of the workforce for any length of time. Women are far more likely to have taken time out to care for children, parents or a relative than their male counterparts, placing them at a natural disadvantage to other candidates who never left the workforce.

‘In the last recession of 2009, women could retire at 60. Today they retire at 66, meaning there are 2.4 million more women having to find work before they are entitled to claim their state pension*.”

Rest Less’s analysis comes off the back of previous analysis highlighting the soaring rate of Universal Credit claims amongst the over 50s. Based on the most recent data from the Office of National Statistics, Rest Less has found that Universal Credit claims have increased by 93 per cent since the beginning of 2020 amongst the over 50s – highlighting the financial precarity of many in this age group who after working for three decades, do not have £16,000 in savings, making them eligible for Universal Credit.

Data is based on seasonally adjusted figures from the Labour Force Survey released on 16 July 2020. The furlough data is taken from the Coronavirus Job Retention Scheme Statistics released on 15 July 2020.

1The definition of economic inactivity is someone not in employment who has not been seeking work within the last 4 weeks and/or are unable to start work within the next 2 weeks.

Rest Less (restless.co.uk) launched in December 2018 and is a membership community for the over 50s designed to help its members get more out of life. Rest Less has thousands of jobs available on its site from progressive age-friendly employers across the country. Rest Less is the leading site in the UK to offer opportunities to work, volunteer or even start a new career path, specifically targeting the rapidly growing over 50s market. 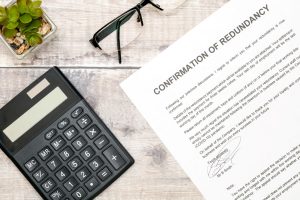 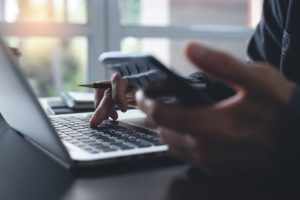 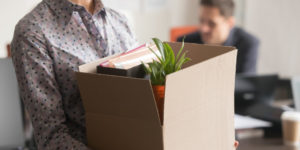