Six years ago, Heidi Renton, 57, made the decision to leave her career in education and retrain as a Relationship Counsellor after coming to the conclusion that she wanted greater control over her job and a better work-life balance. For Heidi, this was a life-changing decision that saw her move away from a field of work she knew inside-out, into the unknown territory of a new profession, which she hoped would give her a more flexible and rewarding professional life…

“I wanted a career in which my age and life experience would actually count in my favour, rather than against me”

Before retraining as a Relationship Counsellor, Heidi had worked full-time as an Education Officer for the British Board of Film Classification (BBFC) and did a daily commute from Hampshire to London. Although she wasn’t unhappy in her work, she was working long hours, commuting three hours a day and doing huge amounts of travelling, which began to take its toll on her general wellbeing. Then, after a workplace restructure in 2013, Heidi decided it was time for a change.

She explains, “It was a great job, but I did it for many years and it was time to do something different. I was frequently exhausted and keen to find a different way of working. I wanted to reshape my working life into an interesting career which was completely under my control, where I could work as little or as much as I wanted to, right up to – and even beyond – retirement age; a career in which my age and life experience would actually count in my favour, rather than against me.”

The mum-of-one began to consider her options and, as someone who is always curious to hear about other people’s lives, she thought that she might enjoy a role in counselling, more specifically, ‘talking therapy.’ At the time, the NHS had just launched their national Improving Access to Psychological Therapies (IAPT) programme and Heidi noticed that people were increasingly prepared to talk about mental health issues, making it an ideal time to make her move.

She also contacted one of her friends who happened to be a Relationship Counsellor, and the conversation that ensued became a turning point:

“My friend described the various challenges – but also the joys – of working with three people in the room. We discussed the importance of couple relationships in our society, how they affect every aspect of our lives and can be crucial not just to adult mental health but also to the welfare of children.

“Reflecting later on our conversation, and on my own relationship experiences and family history, I decided that couples therapy was sufficiently interesting for me to specialise in. Once that switch had flicked in my head, I was ready to seriously consider undertaking psychotherapy training. But where to start?” 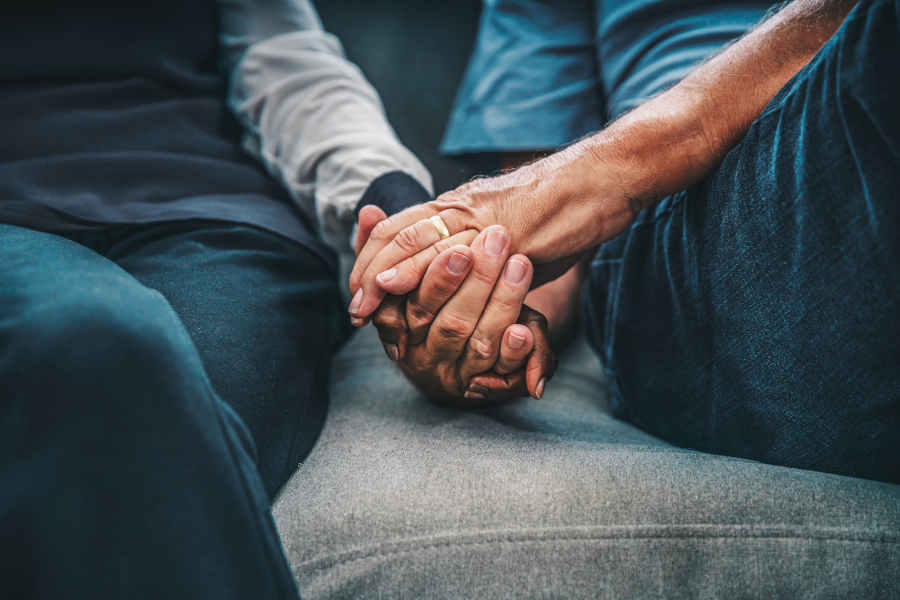 “I couldn’t afford to give up my current work and throw myself into a full-time course – but I also didn’t want to spend ages training. I set myself the goal of taking 3-4 years from starting my training to actually being paid as a Relationship Counsellor”

After some desk research, Heidi decided to apply for Tavistocks Foundation Certificate in Couple Counselling and Psychotherapy. They offered evening classes at their centre – a short walk from where Heidi worked – which meant she was able to keep her job in education whilst she retrained. She continued to work full-time for as long as possible, before negotiating a reduction of her days as the course intensified.

She explains: “This was crucial, as I couldn’t afford to give up my current work and throw myself into a full-time course – but I also didn’t want to spend ages training. I set myself the goal of taking 3-4 years from starting my training, to actually being paid as a Relationship Counsellor (spoiler alert: I achieved it!).”

“When I was accepted onto the introductory course, it felt like such an achievement. I had made the first, significant step towards changing my career, and I couldn’t have been more excited”

One of Heidi’s main concerns about becoming a Relationship Counsellor was that she had no previous background in counselling, as she had always either worked in marketing or media education. However, after attending an open evening at Tavistock Relationships, she realised that she had many transferable skills that made her an ideal candidate for the role…

“I was feeling quite nervous as to whether I would be considered as suitable counsellor material. However, at the open evening, I chatted to a few therapists and was relieved to discover that my communication skills, plus my natural curiosity and empathy, would probably stand me in good stead.

“I came away buzzing at how the therapists I’d spoken to had confirmed how rewarding the work can be, and how happy they were to have such a flexible career. This was exactly what I wanted to be doing!”

“When I was accepted onto the introductory course, it felt like such an achievement. I had made the first significant step towards changing my career, and I couldn’t have been more excited.”

“My role is endlessly fascinating and I’m very privileged to be able to speak to people on such an intimate level. I’m often completely humbled by that”

Six years later, Heidi is extremely happy in her new career as a Relationship Counsellor, and currently divides her time between working as a Visiting Clinician for Tavistock Relationships and running her own private practice in Guildford, Surrey, which she opened this summer.

She says, “My role is endlessly fascinating and I’m very privileged to be able to speak to people on such an intimate level. I’m often completely humbled by that. You get to build a very different kind of relationship with people when they let you into their lives. I love that direct human contact and knowing when things are going well, that I’ve had some sort of part to play in that.” 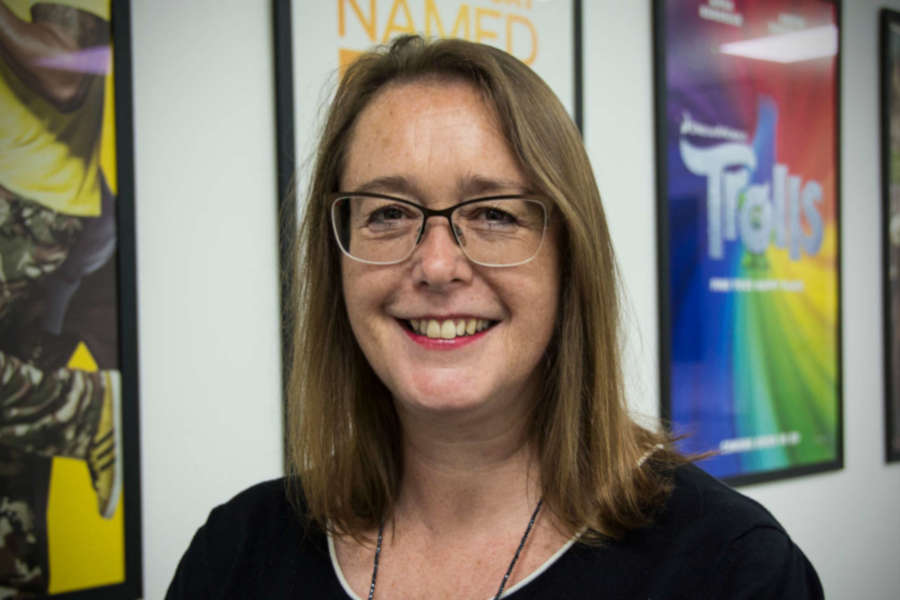 “I’ve got a great work-life balance now and my career move had a very positive impact on my family life...my job allows me to spend more time with my husband and also with my parents who are getting older now, so that’s important to me”

Heidi admits that her work does come with challenges, but she has found ways of coping that enable her to continue to enjoy her role whilst maintaining a work-life balance.

She says, “Counselling can be very intense and if it’s couple work, there can be a lot of acrimony. Sometimes, people are splitting up and because you come to care about your clients, that can be hard to hear about. You can take too much on in terms of people’s worries and issues, so I practice self-care. I go for long walks and I do gentle meditation. I spend time with people that I care about doing things that I enjoy like going to exhibitions or films, or stroking my cat!”

“I’ve got a great work-life balance now and my career move had a very positive impact on my family life. I’ve got an adult daughter so she doesn’t live at home anymore but my job allows me to spend more time with my husband and also with my parents who are getting older now, so that’s important to me.”

Heidi expresses that although it can take some time and effort to retrain as a Relationship Counsellor, it can be worth it if it’s something that you have a genuine passion for because you will reap the benefits for years to come.

She says, “If you’re really passionate about becoming a Relationship Counsellor, my advice would be to just go for it. However hard it looks to train alongside a current job, you will find the time and energy to do it. I don’t know how I did it when I look back on it, but you will get through it if you’re interested enough in your subject.”

Find out more about Tavistock Relationships

Can you relate to Heidi’s story? Have you made a career change of your own? We’d love to hear from you! Join the conversation over on the Rest Less community forum or leave a comment below. 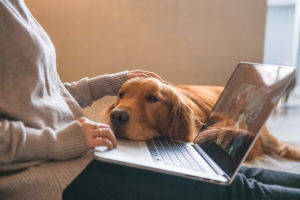 10 roles where you can work from home 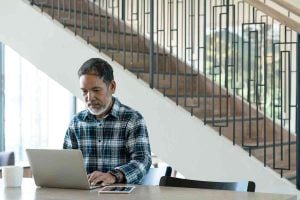 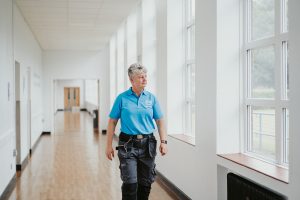 How to become a school caretaker 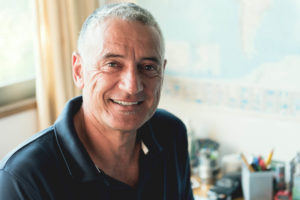 How to return to work after a period of unemployment