How to pay off your credit card

Credit cards are often the easiest way to borrow money, but with many charging high rates of interest, costs can add up quickly if you aren’t careful.

The Money Charity, which aims to help people achieve financial wellbeing by managing their money better, estimates that the average UK household currently has £1,945 of credit card debt, so you’re not alone if you’re finding it hard to pay back what you owe.

Here, we look at ways to tackle your credit card debts and stay on top of your spending.

Where to start when paying off your credit cards

If you are watching your credit card costs mount up and aren’t sure where to start, the first thing you need to do is to get to grips with exactly how much you owe and to which card providers.

Start by making a list which includes each card, how much you owe on it, the interest rate you’re paying and any interest rate date changes, such as a 0% balance transfer period ending. This might look something like this:

One of the key things that will determine the next move you make is the interest rates you’re paying. If, for example, you’re being charged a particularly high interest rate on one of your cards, it’s generally a good idea to start paying off that one first, even if you have a smaller balance on this card than some of the others. While it can feel counterintuitive to pay off a card that you owe less on first, if you don’t address those with the biggest interest rates, the amount you owe could spiral out of your control.

To give you an example, when looking at the table above, you might think the best card to start paying off is Card 1, which has the largest amount owed on it. However, as you’re currently paying a 0% introductory rate, the amount you owe is not going to change if you don’t pay it off. On Cards 2 and 3 however, interest is being charged and the amount you owe will gradually be creeping up. If no money is paid off, Card 2 will cost you £154 in interest alone this year, and Card 3 will cost you £259, so although it has the smallest amount owed, Card 3 should be your priority as it could have the biggest negative impact on your finances. Remember too, that if you don’t make at least the minimum repayment each month, you’ll also face other fees and charges on top of the interest you owe.

How does credit card interest work?

It’s worth noting that most credit cards charge different interest rates for different transactions. These rates fall into the following categories:

These different rates are usually summed up in the Annual Percentage Rate or APR, which is what most credit card providers will use to advertise their services. The APR gives you a broad view of how much interest you are likely to pay annually on the money you borrow.

It’s worth noting that when your bank quotes a ‘representative’ APR, they are only required to provide that interest rate to 51% of customers, because it is representative of the average amount paid. The best rates are often only available to those with excellent credit ratings, so do not assume that just because an advert for your credit card says its APR is 19.9%, that this is exactly what you will be charged. Our article Seven steps that could improve your credit score explains how you might be able to improve your credit rating so you can qualify for the most competitive rates on your borrowing.

How to stay on top of your credit cards

Over 56% of credit card holders in the UK don’t pay off their credit card balance in full each month, according to trade body UK Finance, and are therefore racking up interest on their debts. While it’s fairly commonplace to be in this position, you don’t want to be continually just paying off the interest, so here are our top tips for staying on top of your credit cards:

1. Try to pay more than the minimum payments

Minimum payments are usually either a percentage of your account balance or a cash amount, so you might be required to pay 2% of your balance or £25, whichever is higher. While many people can only afford to pay the minimum each month, doing so could extend your repayment by decades, leaving you paying far more in interest than you actually spent in the first place.

The issue with minimum payments is that even though you are making payments to drive down the amount you owe, you are essentially paying off the interest, plus only a small percentage of your debt, so you are unlikely to see that figure reduce significantly over the short-term.

You should be able to repay what you owe much faster if you can pay back a fixed amount each month. So, for example if last month your minimum payment was £60, over time the cost of the minimum payment will slowly decrease, but if you decide that you will continue paying £60 each month that can make a significant difference to how quickly you can pay your credit card.

There are a number of online calculators that can help you see the difference between making fixed payments as opposed to minimum payments, such as this one from Barclays.

Creating a budget and sticking to it can help you stay in control of your money, helping you free up cash to pay off your credit cards. Our articles Budgeting if your income has reduced and How to save money – 17 money saving tips can help you work out a monthly budget and reduce your outgoings.

If you have been working hard to pay off your credit card, the last thing you want is to forget a payment and get stung by late payment fees. By setting up a direct debit you can make sure you never miss a payment. You can set it up to pay as much as you can afford each month.

The best way to stay in control of your credit cards is to reduce the amount you owe, however for some people, the interest they are paying makes this virtually impossible. If you are in this position, it could be worth trying to get a balance transfer card which offers a lengthy 0% introductory rate, or a low cost personal loan to consolidate your debts. Find out more about these options in our article Balance transfer credit cards and personal loans compared.

If you have a lower credit rating, it may be harder for you to get a balance transfer card. If this is the case and you have more than one credit card, it may be possible for you to transfer your balance to your card with the lowest interest rate. You will probably have to pay a one off transfer fee, but you should hopefully save money in the long term.

Where to find more advice

If your situation is becoming overwhelming and you are struggling to stay on top of your credit cards, get in touch with your card providers as soon as possible and let them know you’re experiencing difficulties. They may be able to negotiate an affordable repayment plan with you, but if they’re unable to help, seek professional advice as soon as possible.

There are plenty of free sources of advice available and many charities and organisations can help you negotiate with your creditors on your behalf. These include:

Whatever happens, don’t suffer in silence, as dealing with debts on your own can take a real toll on your mental health. If you are finding it hard to cope, our article Are money worries affecting your mental health? explains where to go for help if you need someone to talk to.

Have you recently managed to take control of your debts? Do you have some tips for other people in this situation? If so, we’d love to hear from you. You can get in touch on the Rest Less Community, a place where you can get tips and support from like-minded people. 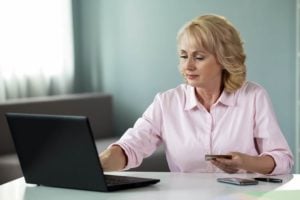 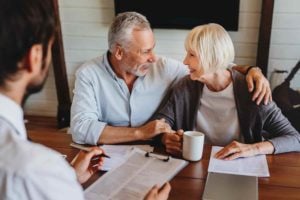 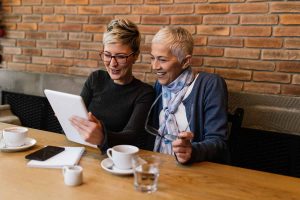 The best discounts for people in their 50s, 60s and beyond